Merry Christmas everyone.  Yes I know I’m a day late in posting that message, but I do hope you all had a great one.  It has been a long time since I last wrote anything on here, especially any reviews and it was high time that I got started on the best movies of the year list or at least my top favorites.  However that list will be on a future episode of As You Watch so keep watch for it there.   I was lucky to see some great performances from last year,  including Michael Keaton in “Birdman or the unexpected virtue of ignorance” and Rosamund Pike in “Gone Girl“. There are some other great acting talents who are not as widely loved as I think they should be. I know last year I listed 10, but this year there wasn’t that many that really impressed me as these.    Here is my list in no real special order of some of my favorites. 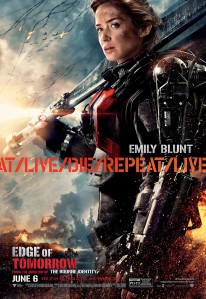 Not since Sigourney Weaver as Ellen Ripley have I ever been into a woman who is as bad ass as Rita. OK Uma Thurman as the Bride is a close second,but Rita is right up there.   I know Tom Cruise plays the lead character in this film but the real star for me was Blunt.   I would love  to see a movie with just her character fighting those alien beings in a movie.  She’s tough, she’s smart,not afraid to use emotions(when they matter) and she is hot.

Here is my quick review https://videovortex.wordpress.com/2014/06/15/2-minute-review-edge-of-tomorrow/

Most actors portray Charles Manson as this wild crazy hippie who spouted off a bunch of crazy conspiracy theories.  A real nut job who basically got other crazy people to go along with what he is doing.   In “House of Manson” we get to see what Charlie was like way before any of those crimes happened.  He was a very charismatic person and it was easy to understand why he had a lot of people following him then.  I don’t agree with what he says, but during certain moments of this.  I did become slightly transfixed and seduced by the lifestyle that he had.  The film never paints a sympathetic portrayal of Manson, but it just shows him as a real person.  Which in my opinion is more scarier then just doing all out crazy.  Ryan Kiser is an actor that has been featured in mostly independent projects but I hope with this performance and the one he did in “Truth or Dare”  will get him more notice.

Maybe it’s the version I saw, but this was never as shocking as I was lead to believe that it was.  When I heard that they were going to be using porn stars to double as the actors for the sex scenes.  I thought I was going to be seeing some hardcore adult action, but that never seemed to be the case.   This was closer to an NC-17 rating  then it was a XXX.   However, I assure you it was not the chance to see some hot sex that had me praising this film.  It was the performances of Charlotte Gainsbourg and especially Uma Thurman that really had me liking this feature.  The story chronicles the life of a self diagnosed nymphomaniac(Gainsbourg) as she tells her tale after being found beat up in the street.  One of the best moments comes when she gets a visit from the wife of a man she’s seeing.  Miss M(Thurman) brings their children along to see where Daddy is now going to be staying, and while it is uncomfortable (especially in seeing the kid’s faces),it’s also very funny.  Things become even more hilarious when another lover comes to the door. Humor is not something I would expect to see in a Lars Von Trier film, but it works very well here.  It’s a very short scene but it’s certainly one of the most memorable.

The only other movies I have seen that only had one actor on screen for it’s entirety were ones that starred Spaulding Gray.  Those ones were mostly monologues and stories told by the performer.  We get to hear their inner thoughts and feelings about a particular subject.  But in “Locke“, there is none of that.   Tom Hardy’s character never once narrates what he is thinking and the man certainly has a lot to think about.  After all he is on his way to visit the girl that he had an affair with to see his newborn baby.  While driving on the road, he has to admit his wrong doings to his wife and children.  The whole movie takes place within his car, and you would think a movie like this would be dull, but is is very captivating and Tom Hardy just sells it completely.  Not since “Bronson” have I seen such a great performance from this guy.  It made me forget the horrible mess that was “This Means War”

1. Scarlett Johansson – Under The Skin. 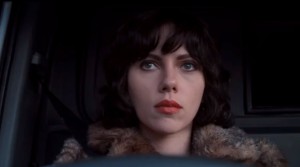 I know many of you are thinking that I put this one on here because I get to see Scarjo naked, and while I won’t deny that her body looks amazing in this.  She could be fully clothed and I would still like this movie.  Her role as an alien who assumes human form and seduces men to their death.  Sounds like one of those films you would find late night on Cinemax(when they use to play movies like that )  But “Under The Skin” is more of a study in human interaction then it is about a sexy alien who preys on  men.  Scarlett Johansson’s silent performance is seductive, frightening, and tragic all within the narrative  Her character goes through a lot of big emotional changes throughout the feature and to do that without saying much is really impressive.

Did I leave anyone off.  Did I praise someone too much.  Let me know in the comments below.   Hope ya had a Merry Christmas and I wish you all a Happy New Year too.

I love movies and I enjoy writing about them too. They both go pretty much hand in hand with each other and it's fun to discover new classics. I co host the podcasts The Film Pasture, ScreenTrax, and soon Cinema Recall. While also contributing reviews and articles to other great sites when I can.
View all posts by The Vern →
This entry was posted in Uncategorized and tagged 2014, Best, Christmas, Edge of Tomorrow, Emily Blunt, House of Manson, Locke, Nymphomaniac, Performances, Ryan Kiser, Scarlett Johansson, Tom Hardy, Uma Thurman, Under The Skin, underated. Bookmark the permalink.

9 Responses to Top 5 Underrated Performances of 2014.