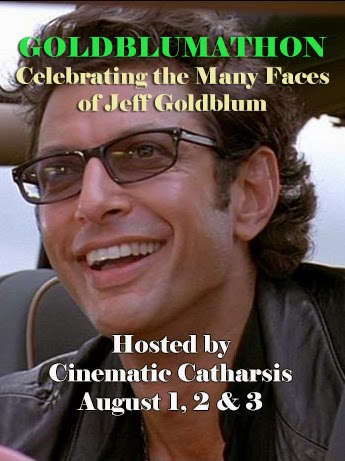 The following review is for a blogathon over at The Cinematic Catharsis.(click the link to learn more)  It is all about actor Jeff Goldblum, and while I may not be familiar with all of his works.  He is the type of actor that is difficult to forget.  He has appeared in many feature films and sitcoms, and has himself become kind of a caricature and dare I say it, a cultural icon.  I’m going to take a really brief look at one of the movies that for me had a really big impact and that was David Cronenberg’s remake/re imagining of “The Fly“ 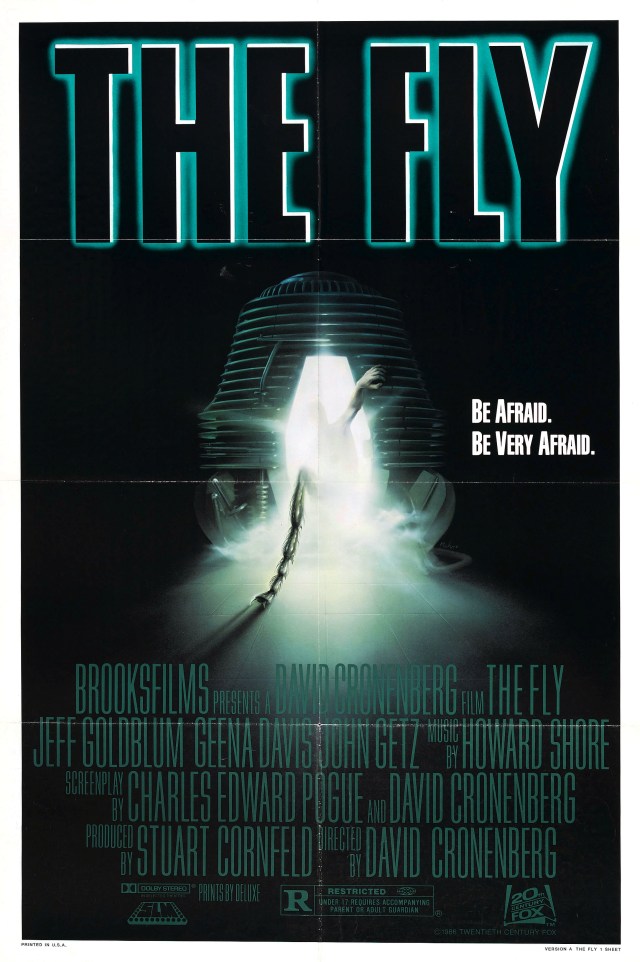 When I first watched this, I had no idea that this was based on a 50’s B movie of the same name, but I shouldn’t haft to.  I have no issues with remakes, as long as they are original and different from the original.  Years later I saw the version with Vincent Price and enjoyed it a lot, but the two are very different from each other.  Like oil and water “The Fly’s story and premise are very simple , but the process of how that story is told in each version  is very unique.  Both movies involve a scientist that gets turned into a fly, but while the original is peiced together like a mystery that involves the use of a flashback structure line.  Cronenberg’s version puts the audience along this journey with the main character and it’s quite a daunting task. 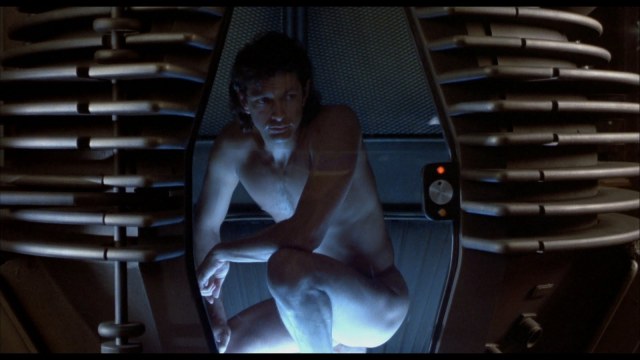 Scientist Seth Brundle(Jeff Goldblum) is working on being able to teleport himself from one place to another with less then satisfying results(I would close your eyes when he puts that monkey like thing in one of the pods).  Suddenly one day, he is able to achieve his goal and move from one side of the room to another without walking.  However when he does come out of the other side.  Something else has fused along with his DNA and he starts to become that creature. 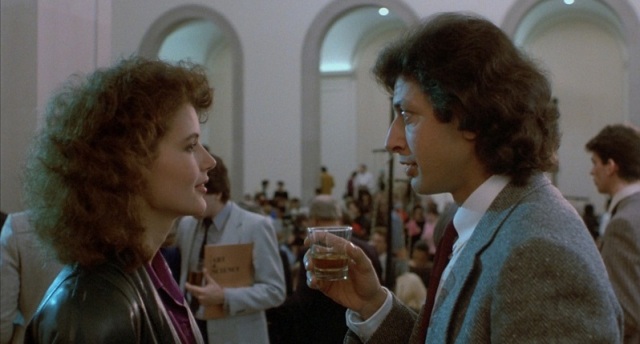 Now it should not be any surprise to those who are reading this review what it is that he is turning into, but the great thing about this movie and Goldblum’s performance.  Is the slow build up and procedure of how he becomes the creature.  When Seth comes out of the other pod, he is just fine.  There is no physical difference and everything appears to be very normal.  Then he starts gaining some powers,starts to look trimmer and is way stronger then he was before.  If this wasn’t a horror film it could have easily been a super hero flick.  Hmm this gets me into thinking.  What would Spider-Man look like if his DNA was infused with that arachnid like it was in this movie.  After Seth achieves his strength, that’s when we see his human form begin to deteriorate.  Some people saw this transformation as an reference to the whole Aids epidemic that was going around at this time, but I thought those were really shallow responses.  I really wouldn’t call what Seth goes through as a disease because he is just transforming into a new species, but I can understand how many others could view it that way.  Not only only are we seeing Seth’s body change, but his mind and personality are changing radically too.  He becomes more quick tempered ans gets upset very easily.  When we first meet him.  He is very quiet and shy but very excited about the work he is doing, and let’s face it.  Teleportation is a very cool thing to do.  It’s one of those superhero powers that is brought to life in a way that only Cronenberg can. 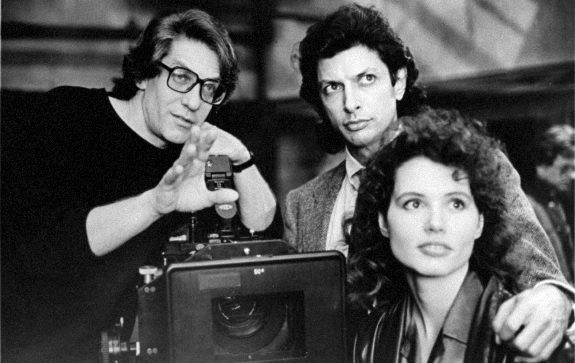 It’s also interesting to note that funny man Mel Brooks(“Spaceballs“, “Blazing Saddles”  helped produce this movie.  Now seeing writers and directors produce movies in other genres is nothing that exciting, but seeing Mel’s name attached to a Cronenberg movie is one I never thought I would see. 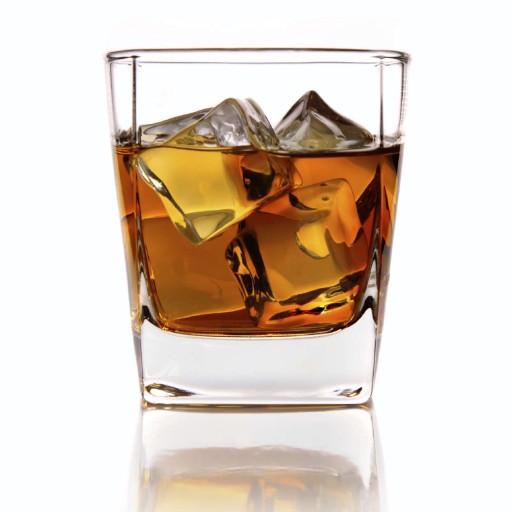 I love movies and I enjoy writing about them too. They both go pretty much hand in hand with each other and it's fun to discover new classics. I co host the podcasts The Film Pasture, ScreenTrax, and soon Cinema Recall. While also contributing reviews and articles to other great sites when I can.
View all posts by The Vern →
This entry was posted in Uncategorized and tagged Cinematic Cartharsis, David Cronenberg, Geena Davis, Goldblumathon, Horror, Jeff Goldblum, Mel Brooks, The Fly. Bookmark the permalink.