When I first started this blog, it was to review movies and give you my thoughts and perspectives on them.  I have been very lucky to have met and befriended many talented filmmakers and am beyond thrilled when their movie gets distributed and is screened for movie fans like me.

The Love Witch is a movie that I have been supporting, ever since I saw the trailer and when I found out that Oscilloscope was going to distribute it.  I got really excited because that meant I had a better chance of seeing it.  I posted all of my thoughts about this movie and another great one here. 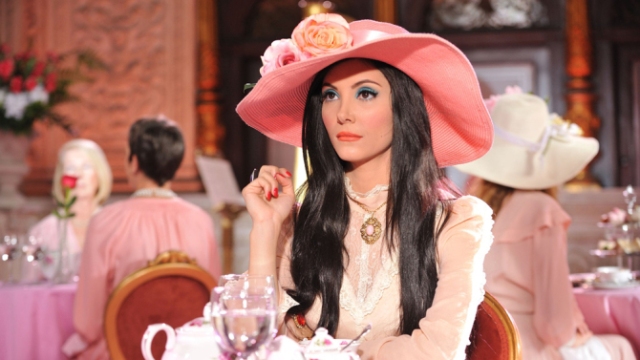 Now, I get notice that the Twin Cities Film Festival has rejected The Love Witch to play at their festival this year, and I’m a bit upset that it is.  This looks like the kind of movie that many festival goers would love to see.  It’s a stylized throwback to the technicolor horror films of the late sixties and early seventies.  Even though it’s story is set in our modern times. It reminds me of  Drive by  Nicholas Winding Refn in terms of style.  That movie was a throwback to the Michael Mann movies of the early 80’s.  This one by Anna Biller looks like one Hammer Studios would have released in the 60’s.

Was The Love Witch denied screening because, this already has a distributor (Oscilloscope Laboratories) attached to it and most films playing at festivals are looking for one.  I don’t know, all I do know is that I’m disappointed in whoever does the programming. Don’t get me wrong.  The Twin Cities Film Fest is a great showcase for many great independent filmmakers and they do a great job in supporting them.  It has to be hard for that committee to go through that many submissions  and chose what will be played and what will not.  I just feel that compared to a lot of movies that do get shown at film fests.  This one deserved to be screened on opening night.

There is some good news in all of this.  I have read that The Love Witch will be making it’s debut in my home state of Minnesota on November 18 2016.  That is great news and I’m very happy for everyone who helped make this movie.  I just feel that it deserved a little more exposure then that.     If you would like to know if  it is playing in your area, please check out the link below.

If you want to let Twin Cities Film Fest know that you are upset they rejected the movie.  Visit their Facebook page.  Just don’t be rude and leave any hateful comments on their page.

I love movies and I enjoy writing about them too. They both go pretty much hand in hand with each other and it's fun to discover new classics. I co host the podcasts The Film Pasture, ScreenTrax, and soon Cinema Recall. While also contributing reviews and articles to other great sites when I can.
View all posts by The Vern →
This entry was posted in article and tagged 60's, 80's, anna biller, Drive, film festivals, hammer, Horror, nicholas winding refn, Oscilloscope, technicolor, the love witch, Twin Cities Film Fest. Bookmark the permalink.