Why it has taken me so long to write a post on this woman.  I’ll never know.  Not only is she one of the best actresses we have around right now, but she is also drop dead sexy.  Yeah that’s right I said it.  She is very sexy.  Next to her, Margot Robbie,Naomi Watts, and Nicole Kidman.  She is one of the sexiest Australian actresses(well the only ones I can think of) around right now. I would even put her in the same ranks as other classic movie starlets like Audrey Hepburn, Barbara Stanwyk, and Katherine Hepburn.   For which she has won an Oscar for portraying her in “The Aviator“.  Her most recent performance in Woody Allen’s latest “Blue Jasmine” got her another well deserved win.  Now she has achieved greatness and is now part of the Marvel franchise.  Playing the main villain Hela in Thor: Ragnarok  The following tribute will look back at a few of the movies she has made in her long outstanding career.  I’m not going to post a review of everything that she has done, but trust me.  It’s a damn good list.  I’m mainly trying to post the ones where she was one of the main leads.  Or had a real memorable cameo at least.

I apologize about any formatting errors.  I tried everything and don’t know how to fix it but I hope you still enjoy it 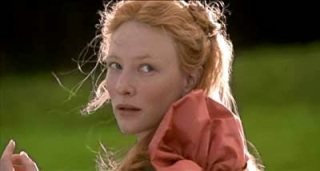 This was not her first role, but certainly the one that got her noticed among most film fans that year. This was her first starring role and already she gets an Oscar nomination.  Gotta give some respect to that.  Her portrayal of the iconic queen during her younger years was something I have never seen before.It showed how emotionally tough it was for her to do the best for her country while being hated by everyone who works for her. I’m not good with politics, but I’m pretty sure this is how Barack Obama feels with his staff right now.  It’s a really good performance that she followed up in 2007 with “Elizabeth:The Golden Age“.  I never saw that, so I’m moving on to the next feature.

Directed by Sam Raimi.  This one went on to be called “That movie where you see Katie Holmes tits”. Just to be clear, those tits you see are dead ones, and are not erotic in any sense.  The movie stars Cate Blanchett as a psychic who is investigating the disappearance of a missing girl.  There is a lot of really good supporting characters in this one including Keanu Reeves as the abusive husband to Hillary Swank’s character. Yeah the mystery itself wasn’t that difficult to solve, but this was still a solid movie.  Plus it showed that Miss Blanchett could lead  in a studio picture.

Her role in this is very small, but she does play a key part in Frodo’s quest to return the ring back to Mordoor.  Plus she does look nice in those elf ears.

Miss Blanchett appears by her self in two very different roles in the short “Cousins” from Jim Jarmusch’s “Coffee and Cigarettes“. It’s about the meeting between a successful actress named Cate(no relation) and her slacker cousin Shelly.  I watch this one just to remind myself at how brilliant she is at her craft.   This girl doesn’t need any one else to make a scene interesting or good.  Hell I would watch an entire movie that had Cate Blanchett playing every role in it.  It looks like I got my wish because she was recently in a move called Manifesto(Which I need to see after viewing the trailer)  You can watch the full scene I just mentioned by clicking the title of the movie above the gif.

The role she ends up winning the Oscar is the one where she plays another Oscar winner.  Miss Blanchett’s performance of Katherine Hepburn is not just an impersonation, but an actualization.  I have only seen a few of Miss Hepburn’s earlier films, and the way Miss Blanchett can achieve the same voice and mannerisms is really quite astounding.  I’m very curious to see her play other famous celebrities now.

Well, would you look at that.  It looks like I got my wish.  In this very short segment from Todd Haynes feature.  She is essentially playing Bob Dylan, and just like Katherine Hepburn in “The Aviator“.  She gives some real weight to this character that the other ones in this could never pull off quite as well. She just seems to be one of those actresses that either goes all in or doesn’t even bother jumping.  If a movie on my life was being made tomorrow.  I would seriously consider Miss Blanchett to portray me, and she would do a fantastic job.  Unfortuantley, my chances would be better finding a homeless bum, but I can never get their agents on the phone.

The Curious Case of Benjamin Button. 2008

Reteaming with Brad Pitt after the grueling “Babel“(not grueling like in a bad movie, but one where I felt.  emotionally drained afterwards). She stars in this off kiltered fable about a man who ages backwards.  Director David Fincher presents a story that shows it doesn’t matter which way your life is headed.  As long as you enjoy as much of it as you can.  I’ll admit that does sound kind of hokey, but I don’t care.  I was completely charmed by this movie.  Even though this story focuses more on Benjamin(Brad Pitt). It’s Daisy(Cate Blanchett) who best represents the audience.  We get to witness a lot of what this man discovers through her eyes.

In this stylized action thriller from Joe Wright.  Cate Blanchett portrays a ruthless government bureaucrat on the hunt for a young assassin named Hanna(Saoirse Ronan).  The Wicked Queen from “Snow White” would be the best way to describe her character.  After all, she does shoot the girl’s mother and grandmother to get info on where to find her.  That shit is pretty cold. (Click on link to read the full review)

Woody Allen’s feature won for best original screenplay, and best actress for Cate Blanchett.  This is a really bitter sweet performance of a woman who has been taking care of her whole life by other people. When her husband gets arrested for bank fraud.  She has to move in with her sister and gets quite the wake up call.  No longer can she just rely on others to take care of her.  She has to do things herself, and while you may consider that to be somewhat vain on her part.  Remember that she has never done that before.  It’s a character that I thought was pathetic at first, but as it went on.  I found her to be a bit more tragic.  (Click on link to read the full review) 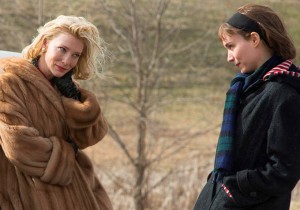 Cate Blanchett got another Academy Award nomination for her role in this this drama directed by Todd Haynes(Wonderstruck, Safe) The story centers around the romantic relationship that develops between two women during the conservative 50’s.  The time when most people where pushing for what they thought a typical relationship should be like.  Both Blanchett and co star Rooney Mara are amazing in this movie.  There is a scene of them at a perfume counter that is the best moment of seduction ever made.  I will have to write up a review of that scene for Cinema Recall.  But I would rather do a video review of that scene.

To be honest I don’t remember too much from this movie from director Terrence Malick(Badlands, Tree of Life) .  All I remember is that it had Christian Bale , Natalie Portman, and of course Miss Blanchett walking around and doing random commentary about stuff I can’t seem to recall right now.  This is bad because I was a guest on Insession Film Podcast to talk about this movie.  Which you can listen to below

This latest video from trip hop gurus features the face of Cate Blanchett and that’s all I need to say.   I love the visuals of her face mixed with the  vocals of Mazzy Star’s lead singer Hope Sandoval.  It doesn’t do anything really else.  It’s cool to look at, but there is noting else there

This was a lot of fun.  Like a lost VHS classic that got rediscovered and put out for all of us to see.  How cool would it have been if the Cannon logo was put in front, before the titles.  Damn, I had so much fun watching it.  I’ll admit it I got turned on when the villain Hela appeared..  Yes, even with the head gear.  I thought she was extremely sexy.  Since I did not see any ads or watch trailers. I did not know that she was in it, but she did a good job.  Yes some may say that it’s over the top and she overplays the role.   She was suppose to overplay it.  She’s the head baddie. 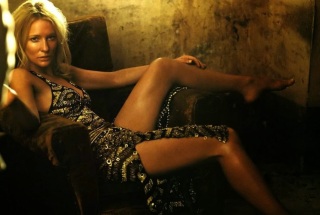 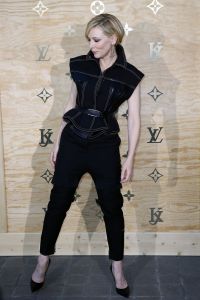 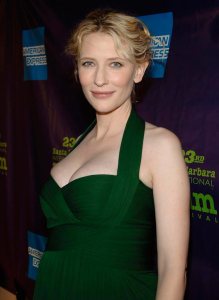 I love movies and I enjoy writing about them too. They both go pretty much hand in hand with each other and it's fun to discover new classics. I co host the podcasts The Film Pasture, ScreenTrax, and soon Cinema Recall. While also contributing reviews and articles to other great sites when I can.
View all posts by The Vern →
This entry was posted in article, Information, Reviews, Uncategorized and tagged Blue Jasmine, carol, Cate Blanchett, coffee and cigaretters, curious case of benjamin button, elizabeth, Hanna, im not there, knight of cups, Lord of the Rings, photos, the gift, thor: ragnarok. Bookmark the permalink.