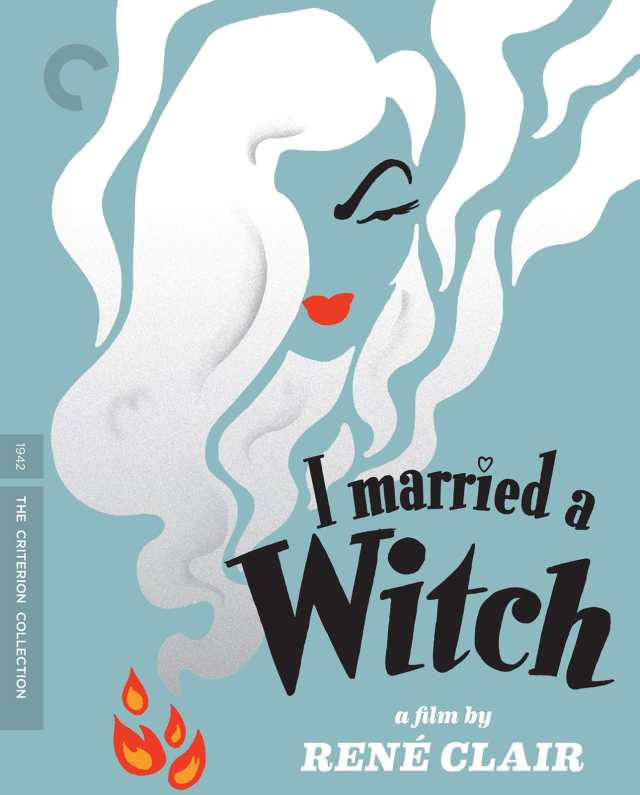 In this delightful comedy. A curse is put forth upon the men of a puritan family after a witch and her father are burned at the stake.  Their ashes are buried underneath a tree where their souls lie for eternity  Throughout centuries men with the last name Wooley are doomed to marry the worst women in the world.  Than in modern times( Well modern for the early 40’s) a bolt of lighting hits the tree and both father and daughter are free.  Now Jennifer(Veronica Lake) and Daniel(Cecil Kellaway) want to seek out the latest male descent of the Wooley name and make him suffer even more.   They find it with Jonathan(Fredric March)who is running for Governor and is engaged to the daughter of a rich political backer.   Jennifer’s plan is to seduce Johnathan and woo him away from his new bride.  Her plans go astray when a love spell that was meant for Jonathan  is accidentally giving to her, making her the love sick fool.

I Married a Witch is a great farce that was easy to digest in just over an hour.  Based on the book The Passionate Witch by James Thorne Smith Jr.  This premise of a normal guy who becomes involved with a lady of the occult was later rehashed for the successful TV series Bewitched.  But I found the chemistry between March and Lake to be more  believable on screen and a lot more fun to watch.  That wasn’t the case behind the camera when I learned the two actors couldn’t stand to be around each other.  In the booklet that comes with the DVD.  There is a great moment that involves Lake doing something with her foot to annoy March, but it wouldn’t bother me one bit.  I’m kind of upset that there wasn’t a sequel to the movie even though there was one to the novel.  Hell there was sequels to both the Twilight and Fifty Shades franchise and neither of those actors could stand each other either.   If the two lovers couldn’t work together I would have loved to see maybe a spinoff movie that had father and daughter instead.  Both Lake and Kellaway were great in their scenes together and it would have been fun to see them pull a con job on an unsuspecting man.

Director Joe Dante(Gremlins The Howling) gives an insightful commentary on the theatrical trailer. Courtesy of Trailers from Hell

The only movie I have ever seen with Veronica Lake was Sullivan’s Travel and before that.  The only reference I had to the actress was when Kim Basinger played a look a like in L.A. Confidential.  I know even less about the director Rene Clair and his filmography.  The only other movie I want to see of his is his adaptation of Agatha Christie’s And Than There Were None but I would like to read the book first.

Essay by director Guy Maddin( The Saddest Music in the Word)

Are there any other movies that feature Veronica Lake I should seek out. Let me know in the comments below. Thanks for reading.

I love movies and I enjoy writing about them too. They both go pretty much hand in hand with each other and it's fun to discover new classics. I co host the podcasts The Film Pasture, ScreenTrax, and soon Cinema Recall. While also contributing reviews and articles to other great sites when I can.
View all posts by The Vern →
This entry was posted in Criterion Corner, Reviews and tagged Bewitched, cecil kellaway, Criterion Collection, Criterion Corner, film reviews, fredrich march, i married a witch, James Thorne Smith Jr, L.A. Confidential, Move Reviews, The Passionate Witch, veronica lake. Bookmark the permalink.

2 Responses to Criterion Corner: I Married a Witch (1942)