The Return of Random Thoughts of a Movie Insomniac.

Hello folks , The Vern here with another collection of films and at least one TV series I watched.   I was busy being a guest on various podcasts and I will share those with you later in this post.   Since I am hosting two sometimes three podcasts.  I don’t have a lot of time to write up as many long reviews of movies as I would like.  I need to do more with my All Time Classics and Criterion Corner, but damn it.  Some nights I just want to watch a movie and not have to analyze  or review it.  But I do like sharing you some quick thoughts about movies I have seen.  So here we go.

Close Encounters of The Third Kind

This was the 40th anniversary edition that came back to theaters.  The movie is fantastic and still holds up after all these years.  What I mean by that is the effects still look awesome. At the theater, I heard a few “WOWs” from a few kids sitting behind me and that’s cool.  The story of a man who becomes obsessed after a late night encounter with visitors from another world feels almost relevant.  Although I don’t agree with some of the choices both Richard Dreyfuss and Teri Garr’s characters make.  I don’t find faults in their decisions either.  Added bonus, during my screening it sounded like a giant hamster was  running in it’s wheel.   I mentioned it to the management after I left, and they gave me a pass to see another film.  Which I plan on using when Mother(The Darren Arronofsky flick, not the Albert Brooks one) gets released.

In this dark comedy about obsession.  Aubrey Plaza plays the role of Ingrid.  A socially awkward girl who becomes interested in the life of a social media starlet(Elizabeth Olson).  The plot follows a lot of the same beats other movies that feature stalkers do.  I didn’t mind this because I found all of the actors to be really fascinating in this.  Especially O’Shea Jackson Jr.  His role as Ingrid’s landlord is probably the most likeable character in this movie.  Not to say that Miss Plaza or Miss Olson are terrible people.  Well some of their actions are questionable, but I don’t fully hate them.  I just wanted Ingrid to fully lose it and behave more like May Canady from the 2002 feature May.  That would have changed the movie entirely and many of the themes  on social media would be lost

I was asked by the gents over at Insession Film Podcast to talk about this latest dark comedy on their extra film segment.  Check it out below.

There are some big problems with this movie, and I will get to those later.  But after all the backlash and hatred this movie was getting even before it was released.  I was expecting something truly awful and horrendous.  Instead I found a movie that was very interesting and much better than I thought it would be.  In this version Scarlet Johansson plays an enhanced cyborg who is asked to investigate a series of cyber  terrorist attacks.  While also trying to find out more of the human soul AKA ghost  that she has.  As an adaption of the original 1995 anime, It’s a total failure.    If this wasn’t giving the title of Ghost In The Shell, I don’t think many would mind and maybe it would be better received.  While I did like some of the reused shots from the original film.  I felt those would have been better used as a short film instead of a big feature.   Speaking of Johansson, I don’t mind the casting of her in this version.  She is a bankable star, and while there are many great Asian American actresses.  There are none that general audiences would know about today.  I don’t think it needed to be made, but if you look at it as it’s own thing and don’t try to compare it to the original.  I think you will still enjoy it. 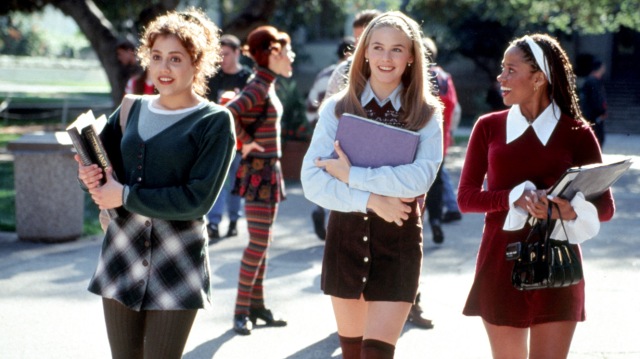 Just recently re watched this comedy from the 90’s and found it to still be good.  It’s one of those movies that you can watch at any age and it’s a lot of fun.  I have known characters like the ones  that were portrayed, and I liked very much how they each had strengths and flaws about them.  The character of Cher played by Alicia Silverstone may seem like this shallow person who only cares about status but she’s not a total bitch.  She’s just well clueless about people, but she learns a good lesson and everything works out.  It’s odd that the main actress actually did break out and appeared in  more movies  was the late Brittany Murphy.  Everyone thought Alicia Silverstone was going to be huge after this but she really never made another big starring role after this.  Yet if your one big role was in a major motion picture.  I think you have done really well for yourself.  Most actors I know would love to have one big movie to be remembered for.   By the way Miss Silverstone and director Amy Heckerling did reunite for Vamps.  Co starring Jessica Jones herself Krysten Ritter.

Gus Van Sant(Good Will Hunting, Drugstore Cowboy) directs this drama about a woman(Nicole Kidman) who is so driving to succeed.   She’ll seduce a dopey kid(Joaquin Pheonix) into offing her husband(Matt Dillion).  I think this movie is a bonafide masterpiece.  The script by Buck Henry(The Graduate) has a good pace where nothing feels out of place.  It has a much better faux documentary style than many found footage flicks that became popular later.  I would label this a comedy, but it has dramatic moments that are very much earned.  I know that some may take issue with the ending, but not me.  I thought it was perfect.  I need to write up a longer piece explaining why I think this movie is a classic.

Nominated for 13 Emmys.  This series from Hulu is really good.  In an alternate reality, women are forced to carry babies for the barren wives of government leaders.  Not only that but they can no longer read or have any thoughts of their own.  Donald Trump called it one of the most uplifting shows he has ever seen.  I’m only five episodes in, but it is really good.  Elizabeth Moss who plays the lead role of Offered is really good.  I am excited to see how it will end.   DO NOT SPOIL what happens, ok. 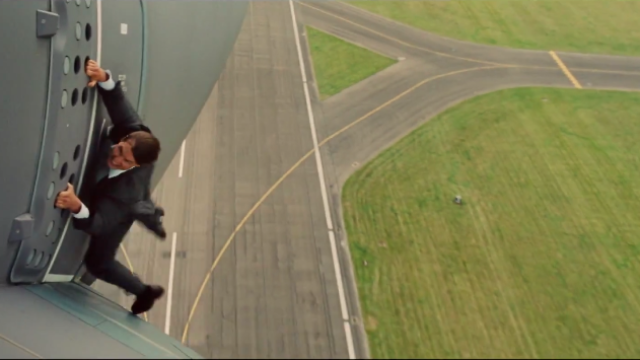 I am sure I did write about this on another Insomniac post, but I don’t remember which one.  In this one Tom Cruise and company are blamed by the CIA and now have to find the guy who has the list of all the other agents to clear their name.  It’s not as bad as 2, but not as good as Ghost Protocol or III.  Anyways you can listen to my thoughts when I guested on the Blokebusters Podcast to talk bout this movie.  Listen below here 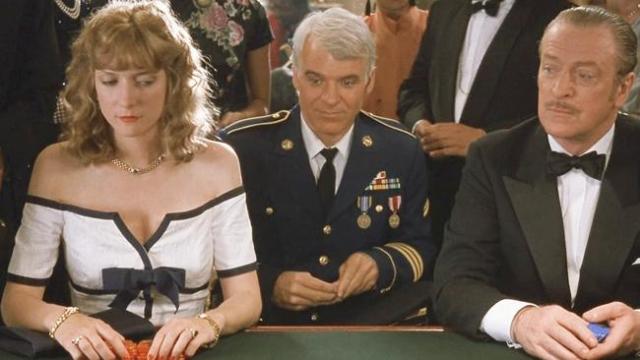 I love this movie and I think Steve Martin, Michael Caine and the late Glenne Headly all have great chemistry with each other.  However something was bothering me this time while watching it.  Now I’m going to be giving slight SPOILERS for the ending OK.

So at the end it’s revealed that the character Miss Headly was portraying was a con artist as well.  Yet when you watch it.  It’s never played out that way.  Her scamming both Martin and Caine’s characters seem to come out of left field entirely.  So as a comedy, it’s pretty good, but as a con film.  It’s kind of bad.

All right folks that’s it for this week.  I do now have a Facebook Page for Cinema Recall, so please give it a like and check out what gets posted over there

I love movies and I enjoy writing about them too. They both go pretty much hand in hand with each other and it's fun to discover new classics. I co host the podcasts The Film Pasture, ScreenTrax, and soon Cinema Recall. While also contributing reviews and articles to other great sites when I can.
View all posts by The Vern →
This entry was posted in article, Reviews and tagged 2017, alicia silverstone, amy heckerling, Aubrey Plaza, blokebusters, brittany murphy, Buck Henry, cinema recall, close encounters of the third kind, clueless, dirty rotten scoundrels, elizabeth moss, Elizabeth Olson, Ghost in The Shell, Glenne Headly, gus van sant, ingrid goes west, InSession Film, joaquin pheonix, Michael Caine, Movie Reviews, nicole kidman, O'Shea Jackson Jr, podcast, Random Thoughts of a Movie Insomniac, Richard Dreyfuess, Scarlett Johansson, Steve Martin, Teri Garr, The Handmaid's Tale, to die for. Bookmark the permalink.

5 Responses to The Return of Random Thoughts of a Movie Insomniac.