The Vern Vs VidAngel. 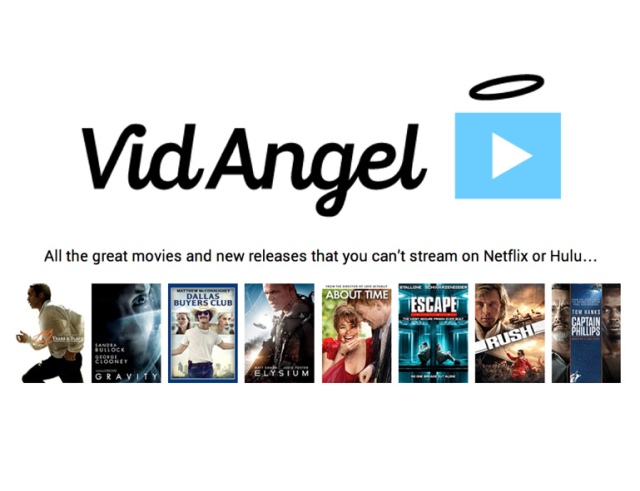 I’m sure you’re expecting me to post reviews of flicks I have seen recently and don’t worry.  My reviews of  Atomic Blonde, Ingrid Goes West and the live action adaptation of Ghost in The Shell are on the way soon.   There are also many podcasts I host and have guested on that I will share as soon as I can.  However right now as mentioned in the classic song Sabotage by The Beastie Boys.   I have got a big thorn on my side.  No, I’m sorry.  Let me rephrase that.  I have a fucking thorn in my side and that is due to the company, VidAngel.

Oh what is VidAngel, you may be asking my dear and wonderful readers.  Well it’s a streaming app you use to filter out all the violence, sex, and language you find objectionable in a movie.  I recently found out about this company while skiming through Facebook and I came across an article on MovieWeb .  I’m not going to paraphrase it.  I’m just going to post it right below.

Apperantly VidAngel got into some hot water by trying to alter or remove scenes from Return of The Jedi that does feature Princess Leia in the iconic gold bikini.  Other studios such as Warner, Disney and 20th Century Fox have taken issue with the streaming app because of copyright violations. According to  an article from Variety.  U.S. District Judge Andre Birotte granted an injuction against the streaming service because studios claim that it’s pirating thier content.  VidAngel believes it’s not braking any copyright law due to the Federal Family Move Act.

I am copying this right from Congress.Gov

Family Movie Act of 2005 – Exempts from copyright and trademark infringement, under certain circumstances: (1) making limited portions of the audio or video content of a motion picture for private home viewing imperceptible; or (2) the creation of technology that enables such editing.

They key word in this act is private home viewing.  Look I have no issues if a parent wants to buy a DVD or Bluray and than remove content that they find objectionable.  Those parents are not going to be charging tickets or make a profit of any kind, but VidAngel does.  If this was a free service for  parents after they buy a movie either online or a physical copy.  I would be fine with this.  But I take a big stand against any company that wants to alter or censor anything that a filmmaker has made and than make money out of it.

I have seen the videos where they say that they support the artist by buying multiple copies of the blu-ray.  That only supports the studio, that does not support the writers, the artist, the actors.  If I directed a movie and I found out that some company was able to remove content and was making money off it, I would be extremely angry.

Look I have said, and will continue to say it.  Movies are art, and like all pieces of art.  Some are going to offend you and that’s good.   There are certain things that upset me, and I don’t want to watch them.   Case in point.  I remember watching Gaspar Noe’s Irreversible the first time. When it got to the rape sequence, I couldn’t handle it.   I had to fast forward it past those moments.  I later was able watch the whole thing, but parents forget that there is a great censor tool right in their own hands and it’s called a remote control.  There is a fast forward button right on the god damn thing.  You don’t want you kids to watch a certain scene of a movie well than just skip past it.  Better yet, don’t have them watch the movie in the first place.

Now some may argue that sense there are fan edits out there online.  Why can’t there be family edits.  To that I say it’s fine if you want to edit a movie that you purchased for your own private viewing.  Those people who make fan edits of the latest Star Wars or Marvel Super Hero flick are doing it because they like it better that way.  They are not looking to make money and that is my biggest gripe.  So maybe the studios and VidAngel can reach a compromise.  Here is my idea

Since directors don’t like seeing their work tampered with.  Maybe we could replace all the credits  except the title of the movie with a black bar or change everyone’s name to Alan Smythee.  .  This way filmmakers can’t be truly upset because their name is not on the actual project.  I hope that there is at least a disclaimer telling viewers that this is and edited version of the original film before it begins.  This way if it ever was stolen online and tried to be sold it would have that warning on there.

Look I don’t want parents thinking I don’t respect their choices on what to show or not show their kids.   I took my 12 year old niece to see The Shining and I bought her The Babadook when she was 14.  Another friend of mine took his 10 year old daughter to see Kick- Ass.  I promise those kids turned out even better than I did.  Look I understand fully wanting to shield your kids eyes from certain movies I get it.  But removing content from an already hard R feature is not going to make the film any more enjoyable.  It’s going to be very confusing.  Scenes won’t make much sense, and I feel you loose the full scope of what that filmmaker is trying to say.  I know that most people who have this service don’t care about this sort of thing, and think that most directors use foul language and violence as nothing more than shock tactics, but I believe that is not the case.  Sometimes violence and sex are necessary for the plot.   When used right, those elements add some weight to the plot, and if you remove them.  You are not getting the full aspect of the story.  Imagine having the violence, language and sex removed from Deadpool and you can see why this is a problem.

Look I get it that most people would enjoy a movie more if they were able to filter out certain things, but by doing so. You are selling yourself out of an experience. Hell if my fear of sharks were strong and I was able to filter out moments in Jaws I found to be unpleasant when I was 8.  I would not have had as many nightmares, but I would have missed out on that experience. I really want parents to take an interest in what their kids watch and discuss the movie with them. Do a little research to see what the movie is about and than decide if you think it’s appropriate or not.  If the movie has too many bad words, maybe it’s best to just skip the whole thing.  If the movie has a lot of graphic sexuality.  Instead of filtering that out.  Maybe it’s best to just avoid it if that sort of thing makes you uncomfortable.  You should make those choices yourself. Don’t pay someone else to make that choice for you.

This is one of the must insulting videos that Vid Angel puts  on their home page.  The video starts off reasonable enough, addressing the subject of objectifying women in film.  I do agree that there are more naked women than there are men and that both should be equal representated.   But Vid Angel doesn’t want there to be an increase in any kind of nudity.  As much as they come off as being about woman’s rights.  They are mostly against the idea of a woman (or man) expressing their sexuality.    If this is about protecting our kids and showing them what “normal” sexuality is.  Instead of editing a movie to fit your ideas of what is acceptable in terms of sex and sexuality.  You, the parents should  sit down and discuss these issues with your kids.   Movies that are Rated R or PG-13 are not meant for young kids and removing certain scenes are not going to protect them.  It’s going to confuse them even more

What do you think?  Should this type of service be allowed.  Is it breaking any rules.  Let me know in the comments.    I am The Vern and  I leave you now with this video from Nostalgia Critic.  Take care everybody

I love movies and I enjoy writing about them too. They both go pretty much hand in hand with each other and it's fun to discover new classics. I co host the podcasts The Film Pasture, ScreenTrax, and soon Cinema Recall. While also contributing reviews and articles to other great sites when I can.
View all posts by The Vern →
This entry was posted in article, Information, Uncategorized and tagged 20th century fox, amazon, beastie boys, children, Disney, family movie act, female objectifiation, gaspar noe, hulu, kids, men, netflix, ratings, return of the jedi, Sex, sexuality, streaming, The Babadook, The Shining, vidangel, violence, warner, women. Bookmark the permalink.

3 Responses to The Vern Vs VidAngel.