Let’s look at even more shorts with The Vern, yet again. 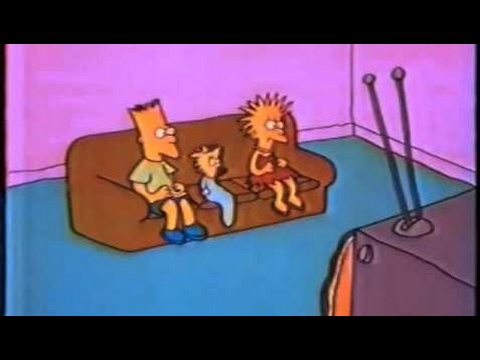 I love getting emails from filmmakers and producers who want me to review their feature length films and  or short presentations.  It’s very humbling to know that they respect what I do enough to have me see their finished projects.  Making any form of entertainment is not easy.  I spent one night editing a podcast for 6 hours straight, and that was  just audio editing.

The only real problem I have and it’s no fault of the filmmakers is time.  When I get home from work, I am tired and I don’t want to watch something where I have to pay attention.  These filmmakers have worked hard on these shorts, and I want to respect them by watching it without any distractions.   So here we go with my thoughts on these short films. 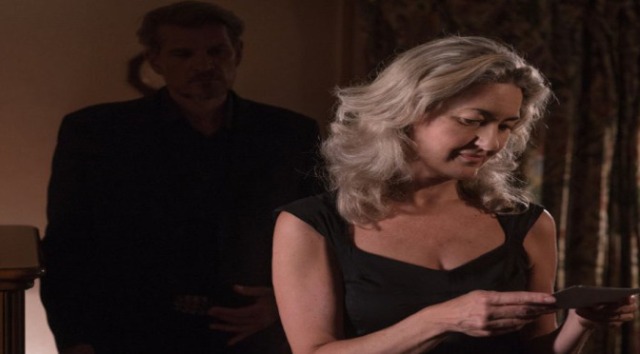 This short from filmmaker Keyvan Sheikhalishahi has the kind of narrative that I can decipher, but I’m not 100% sure if I am right or not.  The story(I think) is about this lady named Marge( Agnes Goody) who is being sent letters by her ex husband Walter(Gotz Otto) while she is being visited by her nephew Christian( Keyvan Sheikhalishahi).  Marge is afraid of her ex and fears that he is going to hurt her. This doesn’t make much sense because none of the letters have anything really threatening about them.  Christian goes to meet Walter  so that Marge can call the cops.  While at the beach, Walter tells him that his aunt is not to be trusted before he rips off his sunglasses. Blinding him  SPOILER WARNING.  Back at the house Marge Finds out that by accident she killed Christian and has been blaming this crime on Walter ever since.  So in order for her to feel peace, Walter suggests that she shoots herself so that they can all live peacefully together.  The film cuts to Marge waking up in a brightly lit room and when she goes outside.  There standing just outside the door is Christian , but hidden behind the door is Walter.

I liked this quite a bit , but I was never concerned Walter to be of any danger to Marge.  Even though that’s what she wanted Christian to think.   If they omitted or changed certain words around in those letters, Walter would have appeared to be more dangerous.    So if Marge is the one that killed Christian Why does he help her with Walter.  I thought ghosts were doomed to repeat their past, not help others change theirs.  I could be all wrong with my analogy, but I would be curious to read what you thought

You can read more about it here

The Story of 90 Coins 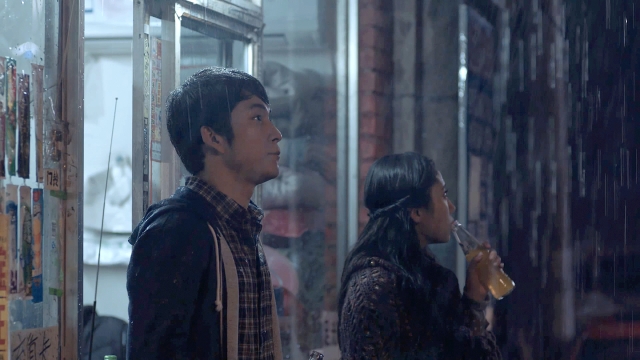 Wang (Han Dongjun) has 90 days to win the love of his girlfriend Chen( Zhuang Zhiqi).  He does this by planing romantic dates and giving her a coin at the end of each one.  During their courtship, Chen has the opportunity to study fashion design in Paris with a french man named Andre(Jose Acosta) who has got the serious hots for her.  It’s not clear if she has the same feelings about him, but she is very clear about her interest in going to Paris.   Wang gets jealous when he thinks he sees Chen and Andre being intimate and Chen breaks up with him because she doesn’t like that she can’t be trusted.   Will thier love make it to a full 90 days , or will it be cut short.

I think Chen should for sure to Paris with Andre.  It’s a damn good career opportunity and it’s a good test to see if heir love can survive being that far apart.  I can understand Wang being jealous, but he never does anything to win her back.  Even after the break up,we never see him try anything to win her back.  I think it’s great when Chen remembers all the good times they had when she looks back through all the coins she was giving.  Yet I still think Wang could have tried a little bit more instead of her memory being the reason they get back together.  Director Michael Wong does have some very beautiful imagery, and there are some really good moments that shows how good of chemistry of Han Dongiun and Zhuang Zhiqi have with each other.

Visit these pages to learn more about this short

This short features the fantastic Timothy J Cox as a man who has lost his wife and can’t even deal with anything or anyone at all.   It’s revealed that he has been keeping her body hidden in his attic and he wants to bury it in his backyard.

I think this would have worked better if you didn’t quite know how he feels about her death until the very end.  Maybe show it as a man who is trying to hide a crime at first but then it’s revealed that he actually does love her and was loosing her to a terminal disease.  Her last wish was that she’d be buried in the back yard because that’s where  he proposed to her.  Timothy J Cox is great in this all silent roll, but I think the music choice at the end doesn’t fit and kind of took me out of the story.  Nothing against gospel music, but I don’ feel that it earned it at all 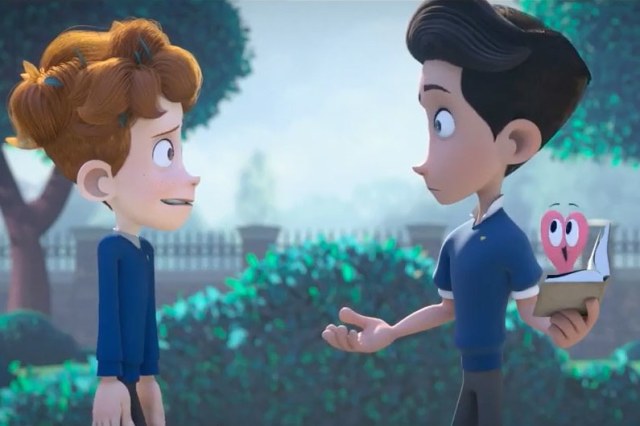 Disney and Pixar would be very smart to release this heartwarming short before their next big animated feature.  It will be scorned by the religious right, who will attack it before ever watching  it.  But I think it’s important for Disney and other studios to not be intimated by the church or anyone when it comes to art.

The story focuses on something we can all relate to. Seeing someone you are attracted to and building up the courage to talk to them. The fact that it’s a young boy being attracted to another young boy never discouraged me from identifying what the main character is feeling.  It’s a very common story and how it is executed here is quite wonderful.   As much as I would love to see directors Beth David and Esteban Bravo get an Oscar.   I would very much love to see this get played before the next big Star Wars feature.  So that Disney can make a stand and support the rights of all human beings…… Except Nazi’s.

Well That is it for now.  I’ll be back in a few days with another post of something, Enjoy

I love movies and I enjoy writing about them too. They both go pretty much hand in hand with each other and it's fun to discover new classics. I co host the podcasts The Film Pasture, ScreenTrax, and soon Cinema Recall. While also contributing reviews and articles to other great sites when I can.
View all posts by The Vern →
This entry was posted in Uncategorized and tagged Agnes Goody, beth david, Disney, esteban bravo, films, Gotz Otto, Han Dongjun, in a heartbeat, Jose Acosta, Keyvan Sheikhalishahi, michael wong, pixar, Reviews, Shorts, the story of 90 coins, Timothy J Cox, to be alone, vesper, Zhuang Zhiqi. Bookmark the permalink.