The Vern looks closely at Sofia Coppola…. and her Films

(Portions of this article appeared on Videovangaurd.com)

There are going to be people who will disagree with me on this,but I find Sofia Coppola to be one of the best directors out right now. Yes I would put her in the same ranks as Christopher Nolan, and David Fincher  (to name a few). She has a distinct visual style that you can see in each film and it doesn’t matter where you start watching. You’ll know right away that it’s a Coppola picture.  Sofia was the second female director to get top honors at the 2017 Cannes Film Festival for her latest film The Beguiled.  The other was Yuliya Solntseva who won in 1961 for her feature The Story of Flaming Years.  Miss Coppola has come a long way since she was hated for her performance in Godfather Part III.  Now she is now considered among the top  filmmakers  with over 56 awards including an Oscar for best Screenplay.   Now some of you may comment that her films are boring because all it has is people talking. Well if you are use to just action movies, and nothing else you would be right. Sofia writes stories about character developments and does that not only through spoken dialogue, but also internal thoughts of the characters. There is a great moment in Lost in Translation when Bob Harris(Bill Murray) is posing for a whiskey ad( “For relaxing times, make it Santory time”). He is cracking jokes and puns throughout the whole scene. but you can tell he feels isolated, and alone.

I decide to take a look at this celebrated director’s career with short reviews of each of the films  she’s made.  Also featured are music videos and commercials that she has directed

This 16 mm short was Sofia’s film debut.  Well, the only one I actually watched.  It story is about a group of girls who decide to start slowly poisoning the boys at their school after reading Flowers in The Attic.  When someone outside the group mishears one of them talk about slavery.  The rest of the girls turn on her as well.  It’s hard to comment on a movie that is only fourteen minutes long, but it was pretty good, and you can tell from this how well she is at directing young people.  If they did remake The Breakfast Club I would hope Miss Coppola would take the reign because she would make a very fascinating version.

The Virgin Suicides is about the lives of five girls and how they effected the boys in their town. The boys become obsessed wanting to know more about these woman but will never fully understand what they are going through.  I could explain to you the whole plot but this one is better if you make up your own decision about it.  Personally I liked it, because the performances were great, the visuals were awesome, and the soundtrack kicks ass.  Heart’s “Crazy on You” has never looked better on film than it does here.  There is going to be discussions and debates about the end, and I’m not expecting everyone to love this movie. But keep in mind while watching this that the main characters are the boys not the girls.   The first lines spoken from one of the Lisbon sisters is “Obviously, you never been a 13 year old girl”.  Men will never understand what goes on in the hearts and minds of women. No matter how hard we try.

Bill Murray turns in a stellar performance as Bob Harris in Sofia’s 2nd and most well received film of her career.  Bob is an actor, who has taken a role in a whiskey commercial in Japan.  It’s obvious he doesn’t want to be there, and he feels that his life is on a downward slope to complete blandness.  In enters Charlotte(Scarlett Johanson) who is with her husband while he works.  The two start up as mutual acquaintances and fast become good friends.  In most movies these two would have sex, but Sofia never plays it at that angle, and yet you can feel that these two characters fully love each other very much.  This is easiest one of the funniest movies in 2003.  But within all the funny moments there is a really insightful message about our need for connection.

This is my personal favorite movie from Sofia’s filmography,but many people have dismissed and shunned it.  This is a shame because I would put her visuals next to Stanley Kubrick’s  Barry Lyndon.  She gets the look of France in 1768 better than I have seen in other movies.  A lot of people complained about her use of modern music, but I thought it was a clever way to get more of  an insight into what this  young girl was thinking.  You were not suppose to believe this was an exact historical representation.  If Tarantino can take liberties on the death of Hitler in Inglorious Basterds, why can’t she.  Kirsten Dunst is great in this role of a young girl who is all of a sudden put into incredible power and marry a man she doesn’t know.  How would you handle such great tasks at her age.  It’s not an easy thing and I believe Sofia captured her turmoil and also her happiness quite well.

Miss Coppola’s latest film feels like  a quasi sequel to her hit Lost in Translation.  After all both movies feature an actor who is bored with life, a woman comes in to get him out of his rut, and they are both set in hotels.  The only thing that is lacking in my opinion was a sense of humor which I did not find in this at all,  Strangely enough I never got bored with this, and will probably check it out again sometime.  Sofia has this way about the cinematography in her films I find interesting.  Hell she could film a movie that features nothing but a lamp and I would check it out.  This also features Elle Fanning who I have gained a lot more respect as an actress these last few years.

Based on the Vanity Fair article about the kids who broke into celebrity homes.  The Bling Ring was an attempt at being more mainstream.   This one at least had a much lighter plot as compared to Sofia’s first feature.  It’s true that these kids are criminals for breaking into these celebrity homes.  Yet when media and movies keep dangling that gold carrot in front of their eyes 24/7.  It won’t be long before they just snatch up and grab it.   The cast was  good, especially Emma Watson who never got the praise I felt she deserved for her performance.  You can read more of my thoughts by clicking here

Sofia reunites with Bill Murray in this Netflix holiday special.  It’s the biggest snowstorm and Mr. Murray is stuck doing a Christmas special without any guests.  Of course there are tons of celebrities playing cameos in this as they each sing a tune.  I enjoyed this quite a bit and found it to be just harmless light hearted fun.  Rashida Jones and Jason Schwartzman have the best duet in the show.  You can read my review of it on The Cinematic Katzenjammer  here 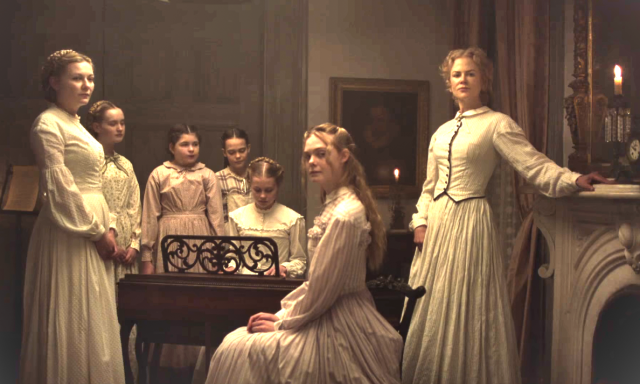 As I write this, I still have another week before I see it and so I can’t give you my review of it.  All I can say is that if the actual movie is anything close to the trailers, I have been watching.  I will be extremely happy.  This looks like unlike anything Miss Coppola has done before.  I know it’s not right to call this a horror film, but there are going to be some elements that will be quite disturbing.  After all the story is about a guy(Collin Farrell) who who will find out the hard way, why it isn’t nice to take advantage of someone’s hospitality.

The White Stripes – I Just Don’t Know What To Do With Myself.  Starring Kate Moss

The Flaming Lips – This Here Giraffe

Yes I find her to be very beautiful.  Here are some photographic reasons why. 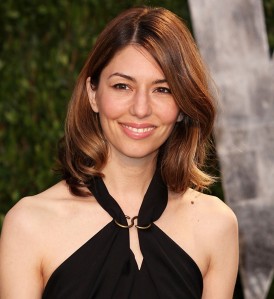 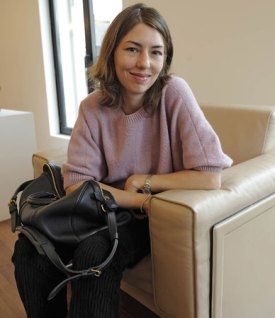 Listen to The Across The Universe: The Chicks with Accents Podcast Tribute to Sofia Coppola
https://acrosstheuniversepodcast.wordpress.com/tag/sofia-coppola/

I love movies and I enjoy writing about them too. They both go pretty much hand in hand with each other and it's fun to discover new classics. I co host the podcasts The Film Pasture, ScreenTrax, and soon Cinema Recall. While also contributing reviews and articles to other great sites when I can.
View all posts by The Vern →
This entry was posted in Uncategorized and tagged A Very Murray Christmas, Across The Universe, Bill Murray, Cannes, Chicks with Accents, collin farrell, elle fanning, Emma Watson, Film School Rejects, Interview, Jason Schwartzman, Kate Moss, Kirsten Dunst, Kristen Lopez, Lost in Translation, Marie Antoinette, natalie portman, Pheonix, pictures, podcast, Rashida Jones, Scarlett Johansson, Sofia Coppola, somewhere, the beguiled, The Bling RIng, the virgin suicides, The White Stripes. Bookmark the permalink.

23 Responses to The Vern looks closely at Sofia Coppola…. and her Films