The Vern gets a demon and reviews Hell-Bent. 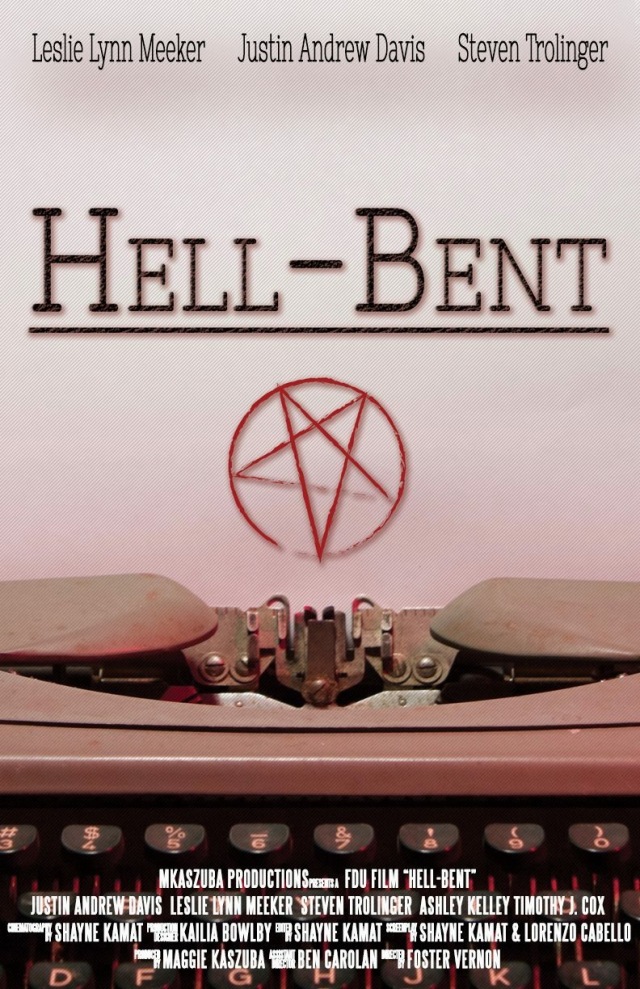 There was a Kids in the Hall sketch where a guy finds out that his best friend owns a demon.  If you don’t know what Kids in The Hall is, I’m not going to tell you.  You will just have to miss out on the best sketch comedy shows of all time.  The sketch was only a few minutes, and the joke was established that every person owned a demon.  Especially the successful ones.

In the short film Hell-Bent we are introduced to Michael(Justin Andrew Davis)  He’s a shy little guy who writes for Brimstone magazine.  It’s not very clear what genre it is or what section Michael writes for.  I’m guessing that Brimstone is sort of like People magazine in that it covers a wide variety of topics.  Michael’s Boss Mr. Bowers(Timothy J Cox) has promised his staff that whoever writes up the next best cover story will be the next assistant editor.  On his way home he sees his coworker Agatha(Leslie Lynn Meeker) having car problems and offers to drive her home.  Agatha is a sweet old lady who lives alone and has her own demon.  Not in the metaphysical sense or in that god awful song Imagine Dragons song.  No she has an actually demon from hell named Ricky(Steven Trollinger) that she conjures up.   At first Michael is freaked out, but with that great promotion just looming above him.  He decides to go evil and seek some help in getting that promotion. 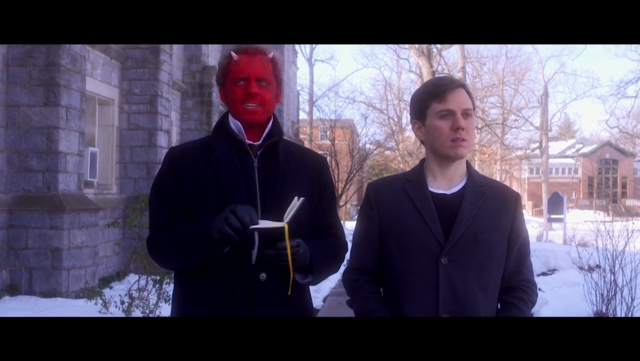 Since the character of Michael is set up as this shy, somewhat timid guy.  I thought that once the demon appeared.  There would be more devious acts to help get that promotion.  Involving Ricky and Agatha killing people while Michael covers it up.  It was kind of funny for writer Shayne Kamat to have them do the work and actually write an article, but why summon the dark forces of hell to do so.  There is also a character named Beth(Ashley Kelly) who clearly hates Michael and keeps putting him down.  They have a moment where she tells him that the article he wrote is shit and he believes her.  If it was set up that she was his friend,but still manipulates him to give up.  I could buy into that scenario, but I never understood why he believed her.  Even for someone with low self confidence that didn’t make a lot of sense to me.  Besides the pentagram and the jars of what looked like bones in Agatha’s basement.  There was very little anything to do with the devil or anything like that in this short.

The acting by the main cast is good and they each established their characters very well.  I believed Justin Andrew Davis to be just as unsure of himself as Michael is.  Leslie Lynn Meeker as Agatha reminds me a lot of this sweet lady at one of my jobs who would bring the staff homemade cookies and help out with toys for tots.  Yet she could tell some of the most offensive dark jokes I have ever heard. In the roll of Ricky,Steven Trollinger is good, but his character didn’t have that level of  devilish charisma I’m used to seeing. He should be someone you love to hate.  I have seen Timothy J Cox in a few other shorts I reviewed  on this site and even though his role in this is small.  He establishes quite well that he is the kind of boss I don’t want to deal with 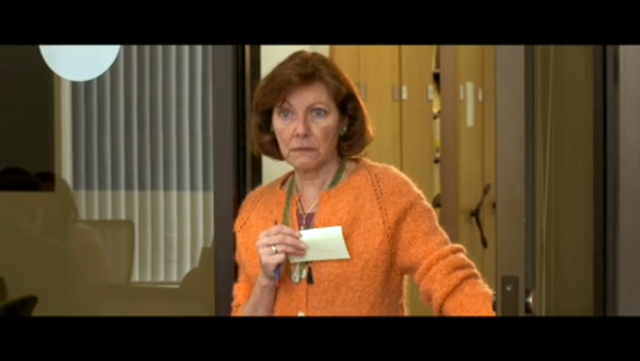 Hell-Bent had a great premise and talented actors to make me believe in the world that they established.   It’s just that with a story involving demons, hell, and conjuring evil forces.  I’d expect this to have a little bit more dark humor than it did.

I love movies and I enjoy writing about them too. They both go pretty much hand in hand with each other and it's fun to discover new classics. I co host the podcasts The Film Pasture, ScreenTrax, and soon Cinema Recall. While also contributing reviews and articles to other great sites when I can.
View all posts by The Vern →
This entry was posted in Reviews, The Vern's Shorts. and tagged Ashley Kelly, demons, devil, Foster Vernon, Hell-Bent, Justin Andrew Davis, Kids in The Hall, Leslie Lynn Meeker, Review, Short Films, Steven Trollinger, Timothy J Cox. Bookmark the permalink.