The Vern checks out some more shorts 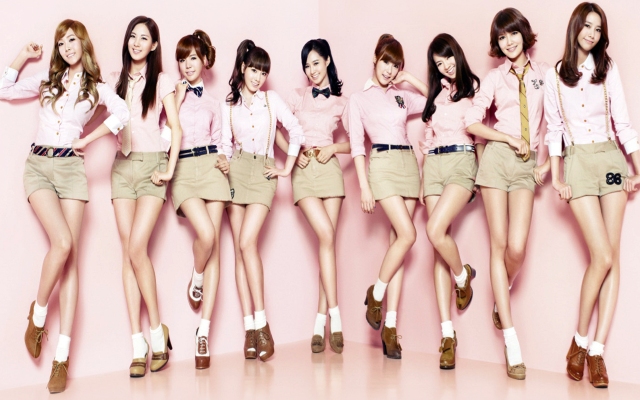 Hello everyone.  It’s been a long, long time since I have done one of these posts, but I’m glad to back covering short films.  I would love to put together a petition of everyone who loves movies demanding that theaters play more short features.  Think of going to the movies, but instead of seeing all those commercials.  You get to see one or two really good  short film.  Hell if Pixar can add one to their features.  I don’t see why other studios can’t.  Here is just a few I saw.

Two con artists(Cox and Natpov) pose as paranormal research experts to cheat believers out of their money.  While visiting one of their client’s home they come across a young girl in a basement who does not speak.  They decide to use her as the proof of ghosts in the area.

This was a very entertaining short, but the ending was for me a little less satisfying.  I wanted to see one of their previous con jobs before this one.  It would help me understand a little bit more of those characters and what they did. However in a seven minute film, it’s going to be too hard to show all that.  Timothy J Cox, and Maria Natpov do have good chemistry together and if this were just a bit longer they would have had time to explore their characters in more detail.  The role of the so called ghost girl is played by twin actresses Uatchet Jin Juch and Nekhebet Jin Juch.  It would have been way more creepy to have both of them in it at the same time.  Ghost Twins are usually more scary in  movies, right.  Plus, just like our two con artists.  I wanted to know more about that character’s back story, bust wasn’t. Director Sean Meehan and cinematographer Rick Macomber do have a good look to the film especially of scenes in the basement.  Those were pretty creepy.

No, this is not about the 80’s rock group who did the theme for The Breakfast Club.  This is a story about a boy named Bob (Timothy J Cox) talking about a girl he loves named Samantha(Kristi McCarson) to his therapist.  Now Bob has had a few problems in the past with bullies and  other people making fun of him.  So much ,it kind of turned him off to humanity in the process.  In order to show Samantha and the rest of the world that he is not a looser.  He begins killing, and what better place is there to start.  Then with a girl you supposedly really love , right.

Within the very first few seconds of meeting this Bob guy.  You know their is something off about him.  Even if he wasn’t a psycho.  This girl that he likes, should still get a restraining order against him.  The twist at the end is nice and it did surprise me, but I have a feeling that it won’t surprise many of you.   Director Phil Newsom does a good job at keeping the surprise to the very end, but regardless of the reveal.  The guy is still a psycho.

If you have ever had problems breaking up with someone or had to fire your best friend from a job.  You can hire the folks at this establishment, and they will be the punching bag for you in a way.   Cori Sweeney(Tory Berner) is an actress whose clients hire her and others to fight with them.   She tells this information to a guy she recently met named Tim Madsen(Steven Conroy) who asks if she is able to turn it off after fighting all day.

The premise of this is very interesting and I could see a whole feature dedicated to it. It brings up questions on why people would rather txt or post something on social media rather then just talk to that person face to face.  The actors are all very good with a very strong performance from Berner in the lead role.

A guy(Laurence R. Harvey) hires an escort(Tristan Risk) over to his place to record their time together online. However, he has something much more disturbing in mind of a good time.

This was a very good example of a ten minute short done right. It had characters you knew, but it didn’t have to go into too much depth with them either.  Having it all be shot from just one camera was a pretty effective deal.  Director Jill VI Gervargizian does a good job with setting up your expectations and then playing with them.  I have seen Tristan Risk before in movies like American Mary and House of Manson and she as always is amazing.   I have never seen Laurence R Harvey in anything.  I knew he was the star of The Human Centipede 2, and 3.  But from what I read about those movies, I don’t think my stomach could take it .  I may haft to give those movies a chance now after watching him in this.

I’m going to leave you now with a video by Girls Generation. The ladies who were in the main photo for this post. I had this song stuck in my head for a week after hearing this.

I love movies and I enjoy writing about them too. They both go pretty much hand in hand with each other and it's fun to discover new classics. I co host the podcasts The Film Pasture, ScreenTrax, and soon Cinema Recall. While also contributing reviews and articles to other great sites when I can.
View all posts by The Vern →
This entry was posted in Reviews, The Vern's Shorts. and tagged American Mary, Call Girl, Girls Generation, Jill VI Gervargizian, Kristi McCarson, Laurence R Harvey, MA, Mallas, Maria Natpov, Phil Newsom, Sean Meehan, Short Films, Simple Mind, Timothy J Cox, Tory Berner, Total Performance, Tristan Risk. Bookmark the permalink.

6 Responses to The Vern checks out some more shorts