my coverage of the Minneapolis/St.Paul International Film Festival with my review of the french comedy “Tu Dors Nicole(You’re Sleeping Nicole)”.  I apologize if I don’t have any photos from the event

, but in all honesty.  I don’t own a camera, and even if I did.  There wasn’t much for me to shoot.  Most of the time when a screening got over, most people went home.  While I stayed around to hopefully mingle with other critics.  They were never around but I did manage to meet a few filmmakers.  Some of them were extremely nice in getting me info, while others just shot me down.  I have class so I won’t so who.  Well without my ranting anymore.  Let’s get on with the show.

It must be nice to have parents who are rich and will leave you by yourself in their nice house while they go away for several months.  Growing up ,my parents did very well and could afford trips by themselves (Something that I can’t even imagine doing right now),but they would never  leave me alone as long as the parents of our lead character do.  Now this set up of a girl being left alone inside a big house evokes many story ideas,  She could host a big party  and the movie could be a throwback to those house party films of the past.    Her home could be invaded by a bunch of crazed psychopaths, but that genre has been played out.  Maybe while she’s having a party her home is invaded by insane people and she has to then fight back.  Nah that was already

done with “Weird Science” back in 1985.  Well at least those options may have been better then the story we got here. Now I really dislike giving you full plot details when reviewing a movie because I want you to experience it like I did. However for this movie.  I feel that I need to,because it will help me explain what this story is all about.

We start with our lead character Nicole(Julianne Cole) who has just woken up after having a one night stand with some stranger who we will never see again.  She goes home and gets a call from her befuddle parents who for some reason can’t operate simple call functions on a phone. This made me question what they do in order to become so rich  They tell her that her brother Remi( Marc-Andre Gronding) is going to be coming there with  his band.  This of course  angers Nicole because I guess she had other plans, but it’s never clear on what they are.  Nicole has a job working at a thrift mart but her life starts to change when she gets approved

for a credit card.  She invites her best friend Veronique(Catherine St-Laurent) to go with her to  some distant land that I totally forgot the name of.  But it doesn’t matter because the two never leave the house anyways. Oh they leave once in a while to walk around town, but I never once see them leave for any kind of vacation.  While the girls are out strolling they come across a young boy that Nicole used to babysit for.   Martin(Godefory Redding) looks like he is eight, but has the voice of a very suave older man.  His scenes alone are the best thing about this movie and he is the only character who has any sort of end goals.  He wants Nicole to be his girlfriend and go to bed with her. Although I don’t think he has any clue with the actual details once he gets there.  But, I gotta give the man props for trying.   The brother Remi is upset because the recording of his band isn’t going as well as it should and one of the members is having problems with his girlfriend.  Umm Nicole gets fired from her job because she was caught stealing.  She goes back to babysitting and then whores herself out to Martin to make some extra cash.  OK, that doesn’t actually happen, but it would have least given the characters something to do.  The movie has several moments where it could have just ended but it goes on for many more minutes.  At the end a big wave of water shoots out into the sky and the credits role.

The very first ten to fifteen minutes of this movie are a lot of fun.  It reminded me of “Ghost World” cross bred with “Frances Ha“.  Nicole’s drive and ambition were similar to the characters in those features.  Yet, at least those people were far more interesting then she was.  Enid from “Ghost World” hated the idea of conforming and was doing everything to help stop that, but what she really feared was growing up. Frances from “Frances Ha” really wanted to become a professional dancer but she lacked the drive and ambition to do so.  I have no clue what drives Nicole or at least what she likes.  She is like this blank slate that I guess we are suppose to maybe put our own emotions into.  I don’t know.  It’s great that it’s shot in Black and White and I loved the look of it.  But the story itself was never that exciting.  The actors are fun to watch with Catherine St-Laurent and Godefory Redding standing out from the cast.  I enjoyed the song  that Catherine’s character plays with the band(even if it was just her screaming into the mic) and I kinda  wished the movie focused more on her exploits with the musicians more then the main character. Julianne Cole is great in the role of the disinterested youth, I just wished that she had some sort of change or at least been giving the options to choose a path. 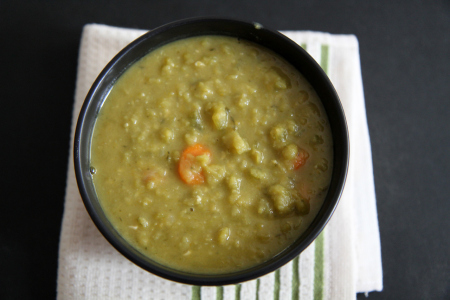 You can learn more about the movie by clicking the link below.

Thanks once again to the Minneapolis/St. Paul Film Society for the press pass.  Visit their site here.

I love movies and I enjoy writing about them too. They both go pretty much hand in hand with each other and it's fun to discover new classics. I co host the podcasts The Film Pasture, ScreenTrax, and soon Cinema Recall. While also contributing reviews and articles to other great sites when I can.
View all posts by The Vern →
This entry was posted in Reviews, Uncategorized and tagged Catherine St- Laurent, comedies, foreign language, Julianne Cole, Minneapolis International Film Festival 2015, Reviews, Stephane Lafleur, Tu Dors Nicole. Bookmark the permalink.