Every few weeks I’m going to list a few projects that are trying to get funding from either Kickstarter, Indiegogo or some other crowd sourcing site.  This doesn’t have to be for just movies, it could be a new album for a musician or raising money for a theater group.  It doesn’t matter as long as it’s in the field of creative arts.   I’m sorry but torturing cats is not creative art. So don’t send me anything to do with that.  However if you have a video where people who hurt small animals  get their just desserts.  I may be.  In any case here are the projects you should seek out. 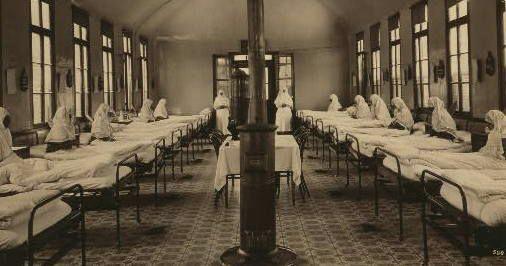 This highly original horror film comes to us from directors Steven Kostanski & Jeremy Gillespie.  Best known for their W is for Wish in “ABC’s of Death 2” which is one of the best segments in that feature.  “The Void” looks like a cross between John Carpenter’s “The Thing” mixed with Clive Barker’s “Hellraiser“.  With elements of “Jacob’s Ladder” and “Altered States” thrown in.   They are hosting a campaign to help raise funds for their special effects.  Practical effects are important elements in horror films and if you want to see more awesome creature designs.  Take a look at their Indiegogo promo and help donate.

Jen and Sylvia Soska have become a major name in the world of horror and exploitation cinema.  They have made such classics as “American Mary“, “Dead Hooker in a Trunk“(read my review) and are themselves filmmaker icons.( and they are fucking sexy too)  Their newest project is a graphic novel called  “Kill Crazy Nymphos Attack” and based on the title alone.  You should click on the link and help donate.   It’s being co written by Daniel Way who is known for his work on Deadpool, Woverine and his Xeric Award winning Violent Lifestyle.   This combined effort will have everything you want in a comic book and more.  Check out their Kickstarter video below.

Silently Within Your Shadow.

Silently Within Your Shadows is a dark fable about a love triangle between a woman(Sophie Tergeist), her boyfriend(Byron Fernandes) and her puppet(voiced by Bill Moseley).  It is directed by Scott Lyus whose other short “Order of The Ram” I have reviewed before(just click on the name to read that post).  Now when you see the words horror and see images of a  ventriloquist dummy. You start Conjuring (you see what I did there, pretty clever huh)up other  films that feature killer dolls in films.  This one sounds different in that it delves into the mindset of the woman and her journey in choosing romantic love  or the love of her profession.  How many times have we been asked to chose between a new job or staying with someone you love.   OK, maybe not often but I’m sure it can still happen.  Check out the Indiegogo page below.

Alright that is it for today.  If you have any projects that you would like for me to feature on this site just find me on Twitter or Facebook.   Have a great day.

I love movies and I enjoy writing about them too. They both go pretty much hand in hand with each other and it's fun to discover new classics. I co host the podcasts The Film Pasture, ScreenTrax, and soon Cinema Recall. While also contributing reviews and articles to other great sites when I can.
View all posts by The Vern →
This entry was posted in article, Information and tagged ABC'S of Death 2, American Mary, Clive Barker, Dead Hooker in a Trunk, Futurama, Graphic Novel, Horror, icons, Jen and Sylvia Soska, Jeremy Gillespie, John Carpenter, Kill Crazy Nymphos Attack, practical effects, Scott Lyus, Short Films, Steven Kostanski, The Void. Bookmark the permalink.

1 Response to The Vern says: Support These Independent Projects