Well, another year has come and gone and with it, a lot of movies.  I was happy that I got to see a lot, but also sad that I missed a few.  Here are the ones that I consider to be the best of 2014.    Enjoy. 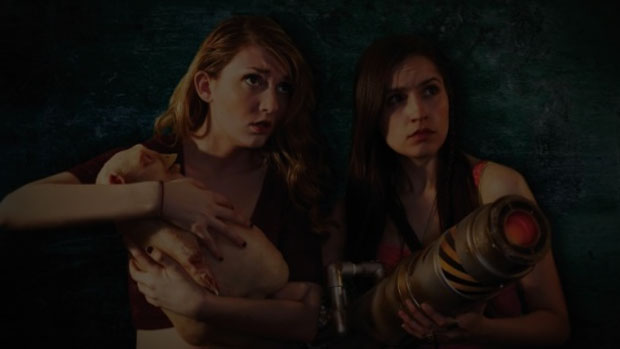 Is this some kind of fluke.  What the hell is a Troma movie doing on this list with all of these other highly prestige movies.  Was I bribed by the filmmakers or possibly drugged.  No, but in the future I will learn to have that be an option.  For me “Return to Nuke’ Em High Vol 1” was made by people who love to make movies.  They were not doing it to make any money or win big awards.  They just loved making it for the pure love of making it.  It’s rare to see that kind of passion and I have to give it some respect.  Everyone in that movie looks to be having so much fun and I bet being on set would have been a blast.

Here is my full review  https://videovortex.wordpress.com/2014/08/19/the-verns-troma-challenge-return-to-nuke-em-high-vol-1/

I’m putting this one on this list mainly for the sheer balls it took to make it.  Not the actual balls that are shown on screen.  Cast members including Charlotte Gainsbourg, Shia Lebouf and Stacy Martin had to shed a lot more then just their clothes to be in a movie like this . The movie features the actors in what looks like real un simulated sex.  This effect was achieved by using the body doubles of porn stars and then with computers the two are spliced together.  It’s a really neat effect that outshines a lot of other big effect movies this year, but based on the sole premise.  It will never be nominated for anything in that category.  Unless the AVN(Adult Video News)awards want to give it one .  Which I highly doubt because there is nothing erotic about this picture    It’s the uncompromising story about a woman who loves sex and doesn’t feel shame for it.  She knows she has done a few bad things to end up where she did, but never once is she apologetic about it, and I have to respect her honesty even if I don’t fully agree with her actions. Great acting from everyone around including a great scene with Uma Thurman as a distraught wife.  “Nymphomaniac” can be watched without concentrating on it’s more graphic scenes.    The uncut version is different  from the theatrical one because when you see the full sex scenes intact.   It’s becomes less titillating or arousal as one would think.   Plus, it’s a movie about sex and you can’t really have an honest movie about the subject without showing you all of it.

Here is an indepth review of the movie by Steven of Surrender to the Void
http://thevoid99.blogspot.com/2014/12/nymphomaniac.html

8.  Guardians of The Galaxy.

I had a lot of fun with this movie and it was just awesome to watch a superhero movie where the good guys were not  just brooding all the time.  I am getting sick  and tired of movies where the lead hates being a superhero.  Everyone in this was a complete Joy to watch and I’m glad Marvel had the balls to give this movie to Director James Gunn.  A man who had his start with Troma.  So before any of you start dismissing those films.  The person who helped make them could be the one that makes a kick ass movie like this.

Never before have the lives of vampires been as seductive and as sad as they were in Jim Jasmusch’s latest feature.  Adam(Tom Hiddleston) and Eve(Tilda Swinton) have been around for ages and have seen all the great achievements.  So going into another year doesn’t give them a lot to to look forward to.   The cast in this are really good with great performances from everyone including Mia Waskikowska as Eve’s over eager sister.  The movie is great in showing the joys and pains of being able to live forever. 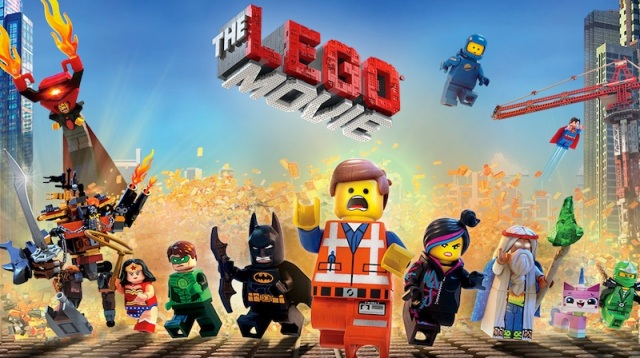 Everything is awesome, everything is cool because I got to see this movie.  I was never a fan of the Lego toys because I was really bad at building things.  But I loved this entire movie.  I loved all the jokes it made at other popular franchises.  I loved it’s message of not having to do everything by the book and I love that it’s a movie that adults can love just as much as kids do, and maybe even more.

Everyone complains that there are no original story lines anymore.  That everything is a remake or a rehash of something that we have seen or heard of before.  Well in 2014 we had a movie with a real clever plot and a good cast that no one ever saw.  “Edge of Tomorrow” was about a solider(Tom Cruise) who was cursed to repeat the same battle over and over again until he got t right.  It was like watching  a cool video game on the big screen where the character improves each time he plays. Yes, the use of a repeated time line has been used before.  But that didn’t make this one any less exciting.  Tom Cruise and Emily Blunt have a lot of really good chemistry with each other and unlike a lot of other action movies.  Their relationship is more believable  then most. 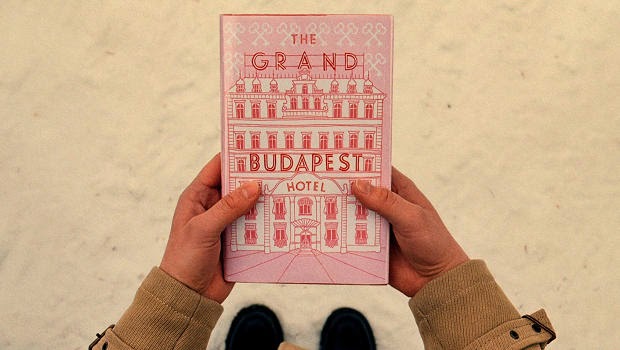 Wes Anderson delivers another great movie that is both hilarious and somber.  It’s a movie that I never wanted to end.  Featuring a cast of characters I wanted to find out more about.   I hope this gets turned into a series later because that would be one great show.  Jason Schwatzman, Bill Murray, William Dafoe, and other Anderson regulars do a great job with their roles but it’s Ralph Finnes who steals the show.  His character is pathetic, hateful but never unsympathetic.   His chemistry with Tony Revolori give the film a lot of its charm. While I did not like the general plot line of of this movie.  I really did enjoy watching all of the characters and would love to see them return in another movie.

Here is my full review https://videovortex.wordpress.com/2014/03/17/the-vern-checks-in-to-the-grand-budapest-hotel/

This was the best science fiction movies of 2014.  My eyes were glued to the screen from the very start and I became just as transfixed as the guys who were picked up by Scarlett Johansson’s alien character.  It’s a movie where we get to see both the joys and faults of human beings through the eyes of this other worldly being .  The visuals are incredible  and it’s score is brilliant.  For those who think Miss Johansson is nothing more then a pretty face should seek out this movie.

One of the most talked about movies of last year is the one that I still don’t want to talk about.  At least in terms of story and plot.   I know by now many of you have seen this ,but I don’t care.  I’m not spoiling anything.  David Fincher adapts Gillian Flynn’s novel of a man’s search for  his missing wife with such great care and love.  While also toying around and having fun with audiences perceptions.  He know the right kinds of tricks to make us feel one way about a character and then switches things to make us feel different about them.  The cast is incredible with an award winning performance from Rosamund Pike as the girl in question.  If you want to know more about what I thought of this movie.  .  Check out my guest spot on Insession Films Podcast.

https://videovortex.wordpress.com/2014/10/07/the-vern-talks-gone-girl-and-david-fincher-on-insession-film/
Margret of Cinematic Corner has listed 105 great  things about the movie(that no one talks about)
http://cinematiccorner.blogspot.com/2014/12/101-things-i-love-about-gone-girl-that.html

1 Birdman or the unexpected virtue of ignorance

I sometimes wonder what happens to a particular actor of popular franchises once that franchise has ended.   Hopefully if the person is established as a talented  actor before said franchise has ended it won’t matter.  We can see him in other things and not have him be just established with said property.  Yet what if one character is all we can remember an actor for and nothing else.  I can’t imagine Robert Downy Jr. being Iron Man for many more years and I’m kind of afraid that he will be remembered mostly for this role and not other great movies.  Luckily for him, the man has established himself as a good actor before wearning the suit.  Now some actors such as Shia Lebouf and Robert Pattinson.  They got their big start in a franchise and are well known for that, but when they try to break out and do more serious art like flicks.  I don’t think they are as well recognized by their peers as they would like to be.  Our hero Riggan(Michael Keaton) has some of those same problems.  Once the star of the popular “BirdMan” movies.  He now wants to adapt a play by Raymond Carver(“Short Cuts“)   and be seen as a serious thespian.   I love how this movie addresses the issues of an actor who is unsure of himself and what he should be remembered for.  A lot of actors I’m sure have dealt with similar issues when reaching that crossroads in their career.   I also love how it pokes jabs at us critics who hate on a movie before we actual see it.  Let’s face it.  How many of us avoided movies like “Transformers 4″ or “The  Other Woman” without actually seeing it.    It’s also an interesting behind the scenes look of how a play comes together.   A wonderful cast featuring Naomi Watts, Edward Norton, and Emma Stone and a kick ass all drum score.   “Birdman or the unexpected virtues of ignorance”  is at the top of the list for me and one of the best movies of 2014.

Do you agree or disagree with my list.  Hit me up with a comment and let me know what were your favorite movies of 2014.

I love movies and I enjoy writing about them too. They both go pretty much hand in hand with each other and it's fun to discover new classics. I co host the podcasts The Film Pasture, ScreenTrax, and soon Cinema Recall. While also contributing reviews and articles to other great sites when I can.
View all posts by The Vern →
This entry was posted in Uncategorized and tagged Best of, Birdman or the unexpected virtues of ignorance, Edge of Tomorrow, Gone Girl, Grand Budapest Hotel, Guardians of The Galaxy, Lego Movie, lists, movies, Nymphomaniac Vol 1, Only Lovers Left Alive, Return to Nuke'Em High. Vol 1, Reviews, Under The Skin. Bookmark the permalink.