Usually I post one of my random thoughts of a movie insomniac articles, but I forgot to save it when I exited the file.  So when I got back, most of it was gone.  I was too tired and too upset to try and re-write it again and so.  I am here instead to give you some quick reviews of some short films and web series.  This will only be 3 long, but I think you will still find some good things here

Some good friends of mine have recommended this web series to me for years. But I never got around to watching it until just last night and I am kicking myself for it.  This is one of the funniest series I have seen in a long time.  I  think it’s an even funnier spoof of “Star Wars” then “SpaceBalls” and I love that movie.(“Keep firing assholes” is just one among other classic moments from that flick) The story follows a group of  workers aboard an imperial space station as they try to stop the rebels from destroying their home base. Remember that once scene in “Clerks” when Randall is upset at the destruction of The Death Star from “Return of The Jedi“(I’m not doing full titles, OK.  So deal with it). Because of all the contract workers they hired to work on it.  Well, this series would be based around those workers.    The cast are all top notch and the writing is next to perfection.  It references not only stuff from George Lucas’ space saga, but also many other great sci-fi flicks in fun and inventive ways.  I’m only one season in but each episode is only 5 to 10 minutes long.  I should be able to  finish another season in the span of a “Buffy: The Vampire Slayer episode“. (Click name on top to visit site and watch all  three seasons of the  show)

One Night Stand was once Minnesota’s most promising new rock band, but now.  They are considered a joke by many people within the industry. They are looking to make a comeback and have hired a film crew to document their rise back to the top.    Each member has a lot of faults and it’s surprising that they are even alive, much less a band.  Especially Mac(Eric McCulloch) and his addiction to certain kinds of medication.  At times they can be kind of dicks and others quite endearing.  They may dislike each other , but they will always come through and help out their band mates before anyone else  The best way I can describe this show is to think of it as “It’s Spinal Tap” meets “It’s Always Sunny in Philadelphia“.  A lot of it’s dark humor comes from them getting away with stuff that would not happen to any of us. It’s also fun seeing their vanity get the better of them in some episodes.  Yet despite all their problems.  they are still good characters to follow.   I especially like the band’s us against the world mantra.  Your band is your family and for being in a band myself for several years.  I can relate.  Yeah we all have our problems and most people probably think we are a joke, but I wouldn’t trade them for anyone else in the world.   I have just finished watching season one of ONS and am just starting on season 2.   Each season is just 6 episodes long at about 20 minutes per show.  It’s a lot of fun.(click link to watch episodes from season one and two) 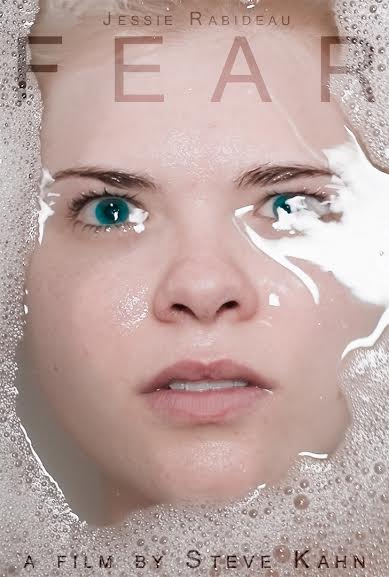 One of the cool things about having your own web blog is the chance to get screeners of movies for you to review.  I am always grateful when a filmmaker, or a studio likes what I do enough to want to send me a free copy of their work for me to write about.  They put in a lot of trust in me to write up a fair and honest piece of criticism and I plan to do so with this film right here.
“Fear” tells the story of a cute girl who is taking a bath while listening to the radio.  She starts getting some disturbances from her dog, and interference with her radio too.  She puts on  a towel and heads out to investigate.   Outside there is a huge electrical storm and lightning is crashing everywhere.  The girl walks over to the basement , hears a noise and then falls.  I’m guessing to her own death, I don’t know.

This is a good example of a art piece.  Some may look at it and see true beauty and brilliance, while others are completely confused by it.  I myself am more in the second category.  As much as I can praise it’s cinematography.  There isn’t that much there within the story for me to really feel anything for the main character.  I like half naked girls and all but this left little to be desired.  What was making her so afraid, who was she talking to on the phone, who was late.  So many questions left unanswered.   At one point she gets scared by a rubber duckee.  I want to see more films from this director because he takes his time with each shot and I appreciate that   However I wish a little more time was spent on the actual story  itself.  Yes this is going to be one of those that I did not get.(click name on top to view the trailer)

What do you think of these features? Let me know in the comments.  I will be back in a few days.  Have a good weekend.

I love movies and I enjoy writing about them too. They both go pretty much hand in hand with each other and it's fun to discover new classics. I co host the podcasts The Film Pasture, ScreenTrax, and soon Cinema Recall. While also contributing reviews and articles to other great sites when I can.
View all posts by The Vern →
This entry was posted in article, Reviews, The Vern's Shorts. and tagged art film, Clerks, Fear, It's Always Sunny in Philadelphia, It's Spinal Tap, One Night Stand, rock bands, Short Films, Space Janitors, Spaceballs, Star Wars, Web series. Bookmark the permalink.