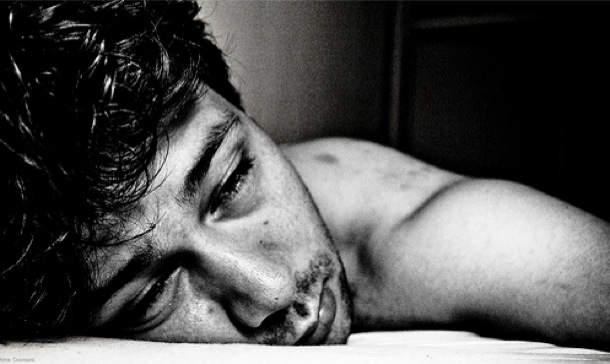 With As You Watch finishing up it’s latest season.  I’ve been having some more time to watch things then I have before, and one of those is more TV series. But only two are current right now, the rest have been cancelled.  That is how I like to watch a show is when it ends.  That way I can watch it straight through and not haft to worry about missing any episode.  I also looked at a few movies too.

Guardians of The Galaxy. 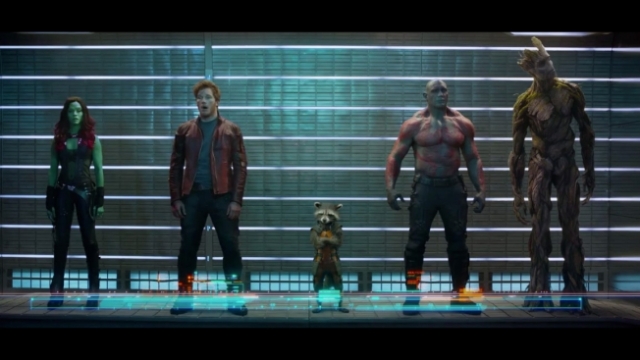 This is by far the best superhero movie since “Kick Ass”  and the best individual Marvel movie since “Iron Man“.   Unlike other movies in that franchise. “Gaurdians….” stands on it’s own and I love that it doesn’t need to connect to  any other movies from that series.   Every single character was cast perfectly in their roles, and Director James Gunn shows not only humor but also a lot of heart felt drama too.  What works best about this movie versus other superhero adaptations is that there are no expectations with this one.  I had no idea of what to expect because I was not familiar with any of  this property.  It’s also worth mentioning that there are no origin stories in this.   None of the characters in this are explained at how they came to be.   They just show up and  we already know who they are.  The soundtrack is also worth mentioning because it’s not just using older songs for nostalgia purposes.  They are an important part of the story and help add a lot of the emotions one feels while watching the movie. 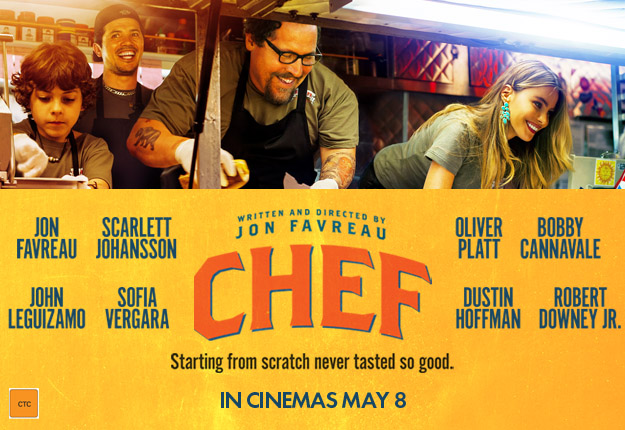 In this culinary comedy.  Jon Favreau plays a chef who breaks down and leaves  his job, after a food blogger gives him a bad review.  With funds he revived from his ex wife(Sofia Vergara)’s ex husband(Robert Downy Jr).  He restarts his career on a food truck and reignites both his love as a chef and as a father to his son.    The story of this in a way somewhat matches what happened in Favreau’s career.  The man first got acclaim for indie movies like “Swingers” and “Made“.  He because really popular when the first “Iron Man” hit the screen and became a success.  But after the failures of both “Iron Man 2″ and “Cowboys and Aliens“.  I’m sure Favreau himself felt a lot like his main character; Wishing he could lash out at the critics basing at those flicks.  “Chef” is a return to basics as he get back to having more story and less special effects.    It’s a good achievement and Favreau shows a lot of promise with this one.  However, after the main character did gets the other job.  The story line like the the food truck fell a little flat.  Our main cook already achieved his goal about being happy as a chef.  His journey to being happy with his son, wasn’t so interesting. 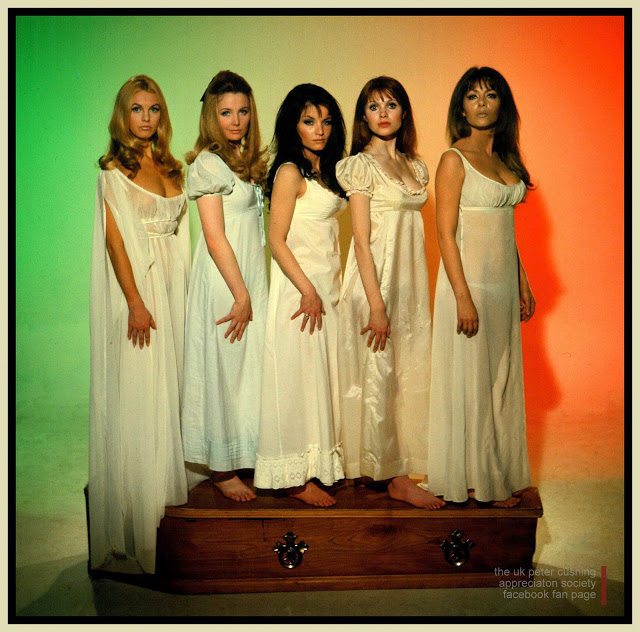 “The Vampire Lovers”  is a total sexploitation flick which is a genre that gets labeled as being misogynistic, but this one is more female positive then you would think.  In this tale,  a beautiful, busty vampire(Ingrid Pitt) seduces all the young ladies at a prestige homestead.  The men become worried and have to fight the evil that has plagued their home.  For me, this story was about men’s fear of the sexual liberation of women.  The men in this only want women for themselves and for the sole purposes of procreation.  When a woman seduces one of the men at the start.  It’s perceived as a form of evil wickedness on her part.  Chopping her head off was seen as something godly and good.  The relationship between both Ingrid Pitt’s and Madaline Smith’s characters was more genuine then it was with the men.  They had a lot in common and it felt like they really liked each other.  One of the girls acted like she liked guys, because that’s what was suspected of a lot her.  When in actuality she really wanted to be with women.  Of course I may be just over praising this because these girls do get topless a lot. 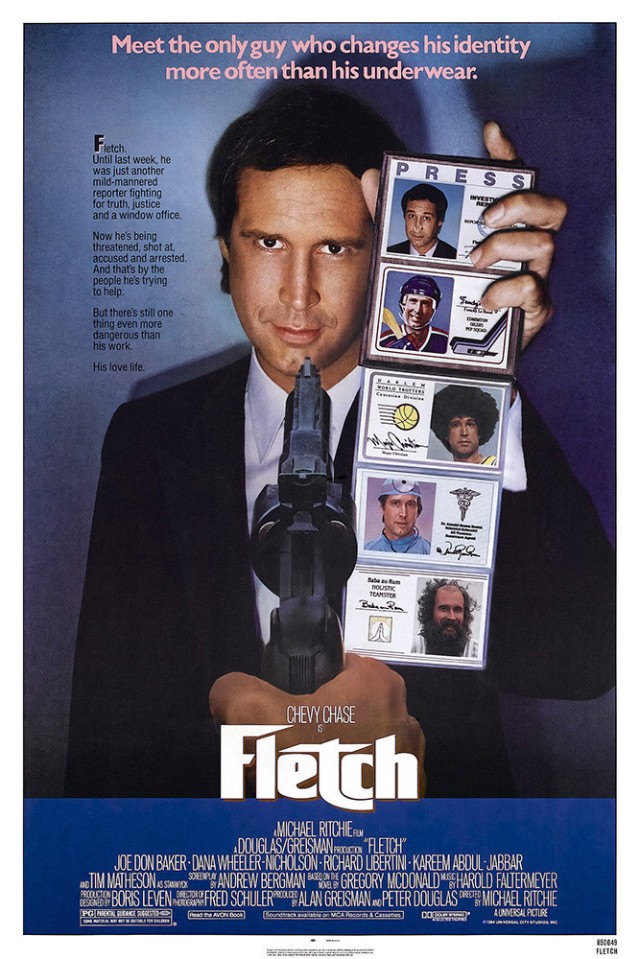 I have not seen this movie in a long time because when I watched it again.  I was a bit surprised at how somber the tone is.   This was not as silly as I remembered.  Chevy Chase plays a newspaper reporter named Fletch who gets hired by a rich guy(Tim Matheson) to kill him and collect the insurance money.  Something seems odd about the whole thing and so Fletch uses various disguises to find out the truth.  While it does have some funny moments in it.   It also gets a bit darker too.  Now I am curious to check out the sequel. 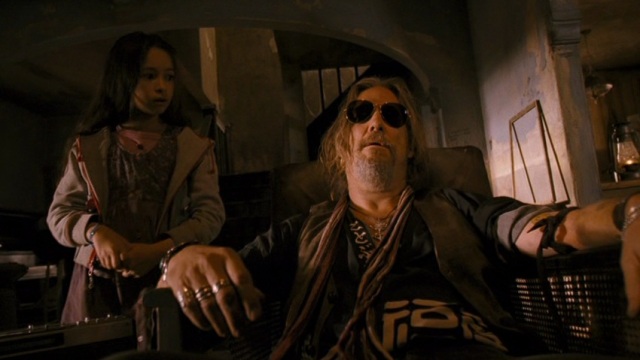 This is a movie I’m sure a lot of people have never seen before.  It is directed by Terry Gilliam and it stars Jeff Bridges and Jodelle Ferland as a father and daughter who move out to the country after her mother dies.  Well I did leave a lot out in describing this.  So I suggest you check out the rest of the review below.  I found this to be a seriously underrated film.

Tideland(2005): A fable for your inner child. The Cinematic Katzenjammer 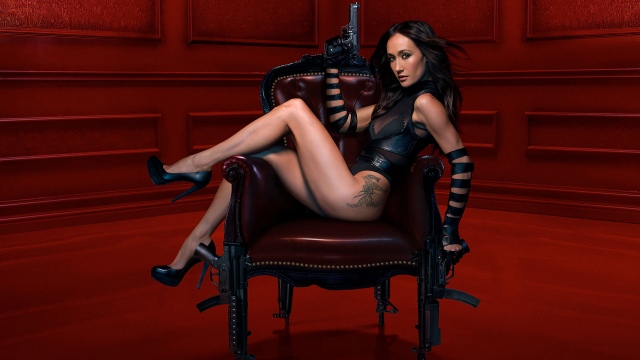 Luc Besson’s “La Femme Nikita” is a brilliant french thriller about a women who is taken out of prison and forced to be an assassin.   The remake “Point of No Return“, was god awful and pointless.  In the 90’s there was a TV series also named “La Femme Nikita” that was supposed to be very good, but I never saw it.   Instead I started watching the new series called plainly “Nikita” The basic premise is the same.  Nikita(Maggie Grace) escapes the company that once used her to kill people.  But instead of trying to run away, she is going to go head to head with them and sabotage their missions.  The acting is a bit cheesy because everyone is just so serious all the time.  I still like watching it because I love a good movie or show about a woman with a gun getting back at the man.

Orange is the New Black. 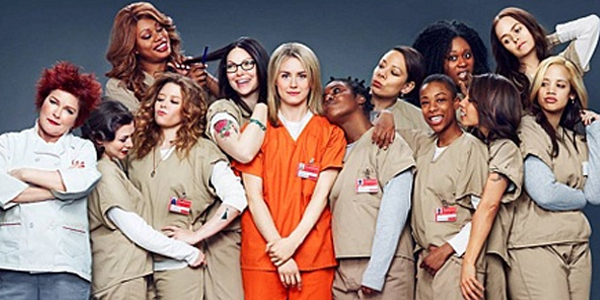 Piper Chapman(Taylor Schilling) has been sent to prison for a crime she committed a long time ago.   I love a good girls in prison movie and when I heard that there was going to be a TV series of this genre. My excitement level got pretty high.  Yet, this was not going to be another one where busty, sexy girls are taking showers and having sex with each..OK it does have some of that.  From the little footage I saw this looked like it was going to be a comedy series.  I almost expected there to be a laugh track put in.  I was glad to see after the first episode that this wasn’t the case, but it still looked a little too light hearted for me.  It wasn’t until the later episodes where we get to learn about the other inmates that it grabbed me.  Characters like Suzanne ‘Crazy Eyes’ Warren (Uzo Aduba) and Galina ‘Red’ Reznikov(Kate Mulgrew) have been the most fascinating so far.  These are women who are flawed, with their crimes, but they are not fully bad people.   At least that’s what I know so far.  I haven’t watched the whole thing. 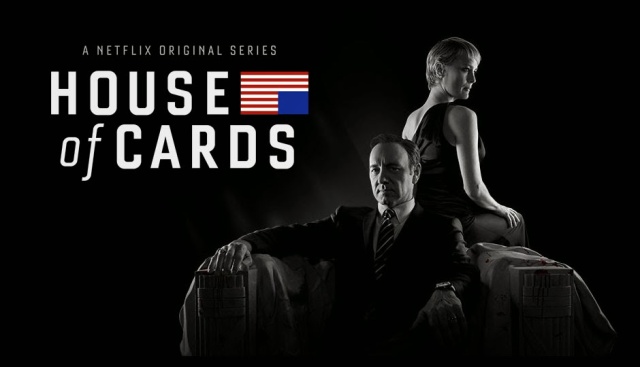 Congressman Francis Underwood(Kevin Spacy) and his wife Claire(Robin Wright) will do what ever it takes to gain the highest office in the White House.   Pray for those who get in their way.  Ooooh that sounds like a good tag line for a horror movie.  While I mentioned in my description about “Nikita” that I love a good story about someone taking on people in power.  I also like seeing tales where people in power try to avoid being caught. Most of the actual political issues the series addresses goes over my head, but I do love watching a good bad guy.

Don’t Trust The Bitch in Apartment 23. 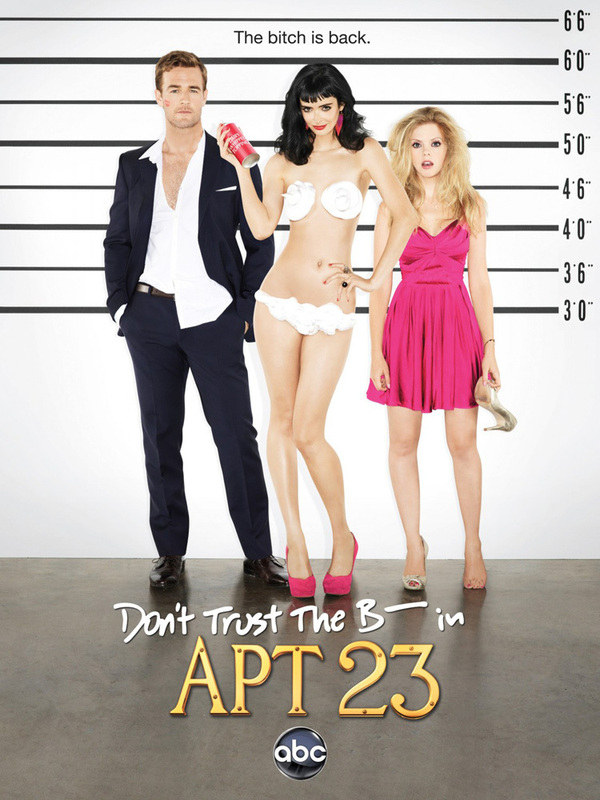 This was a show I have not watched when it was on TV and I’m a bit upset I didn’t.  The concept has Dreama Walker(“Compliance” click to read my review) as the nice midwest girl who after loosing her job.  Gets placed with Krystyn Ritter(“Breaking Bad“) as the roommate from hell.  In one night she fucks her fiance to prove that he was a cheating bastard, Gets her to hook up with her dad to prove that she doesn’t need to be all serious in relationships.   Every horrible thing that this bitch does in a weird way have kind of a point.  You add in James Van Der Beek playing himself  like Neil Patrick Harris did in those “Harold and Kumar” movies and you have a pretty good show.  I almost wish that it was on FX so it could get a little more racy.

Well that’s it for what I have seen this week.  What have you watched?  Leave me some suggestions in the comments below.

I love movies and I enjoy writing about them too. They both go pretty much hand in hand with each other and it's fun to discover new classics. I co host the podcasts The Film Pasture, ScreenTrax, and soon Cinema Recall. While also contributing reviews and articles to other great sites when I can.
View all posts by The Vern →
This entry was posted in Reviews and tagged As You Watch, Dreama Walker, Fletch, Gaurdians of the Galaxy, House of Cards, Ingrid Pitt, James Gunn, Jeff Bridges, Jon Favreau, Krystyn Ritter, Maggie Grace, netflix, Nikita, Orange is the new black, Random Thoughts of a Movie Insomniac, Terry Gilliam, The Vampire Lovers, Tideland. Bookmark the permalink.

5 Responses to Random Thoughts of a Movie Insomniac: Vol 8