In Defense of: Southland Tales. 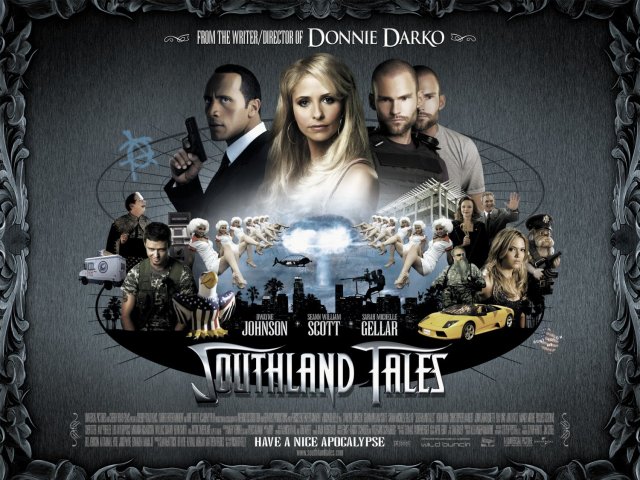 It’s easy to understand why many filmmakers will turn to television to tell their stories, rather then film.  With TV, you have the chance to expand the length.  Instead of trying to condense a story down to just two hours.  Filmmakers can now tell a story in 12 hours, and most times it doesn’t end there.  “Breaking Bad” could have easily been one movie.  The story of a man dying of cancer who makes and sells meth to help support his family, could have been told in under two hour feature.  But by expanding it out into a TV series.  We get a lot more detail into how he started doing it, and we get more insights into how this affects other people in his life. When watching “Southland Tales”  I got the feeling that this could have been a much better television show then it could be a movie.  Don’t get me wrong, the show would have been canceled after the first season.  But it would have been a lot easier to have audiences try and decipher this story in that format versus the latter.   There is a lot of good things about this movie and there is a lot of bad things about it as well.  Unfortunately, the bad outweighs the good most of the time.

Before the movie begins we learn that Two towns in Texas are destroyed due to nuclear attacks.  This causes World War III which would be the next step to our war on terror scenario.  Back home everyone begins to panic and the Patriot Act gets reinstated as US-IDent.  This system censors the internet and uses fingerprints as a way to keep constant surveillance on people.  Since there is a shortage of natural fuel due to the war.  Other alternative methods are needed.  Luckily inventor Baron Von Westhalen(Shawn Wallace) has created a system of energy fuled by ocean currents called “Fluid Karma”.    However this is causing earth to slow it’s rotations and therefore is ripping holes in time and space fabric.  Are you with me so far, good.  Boxer Santoras(Dwayne Johnson) a movie star with political ties wakes up with amnesia in the middle of the desert.  He has no idea that he is married to the Madeline Frost(Mandy Moore) who is the  daughter of the republican senator Bobby Frost(Holmes Osbourne).  Yet he still remembers that he is an actor and comes in contact with a porn star/recording artist named Kysta Now(Sarah Michelle Gellar).  She wrote a script about a cop who has to protect a baby with god like powers. Some are calling it the new book of revelation from the bible.   To research his role better, Boxer teams up with a cop named Ronald Tavener(Sean William Scott). Who is being used as a pawn by a group of Neo Marxists to help overthrow US-IDent.   His twin brother along with another soldier named Private Pilot Albeline(Justin Timberlake) were injected with a serum that many are calling the exlair of God but can also help them with a form of time travel or moving around different dimensions I’m guessing.

As you can see it’s a pretty big mess of a story with a lot of subplots but no real main story.  It has a lot of good characters but not a strong enough main storyline for us to become invested with any of them.  If this was a TV show, we could have episodes that focus on just one of the stories I mentioned.  Rather then trying to cram in four or five different sub plots into one thing.  The idea of a fully controlled America by the Government is an interesting idea because it is something I feel could actually happen.   The story could go more into how both extreme liberals and extreme conservatives are making maters worse rather then better. The way it also satirizes the notion of celebrity culture and Hollywood is also interesting.  I find it funny that a porn star has more political influence then the people working in government do.  But that dies make sense.  More people know the name Jenna Jameson then they do of who is in our congress.    The supporting cast  features many character actors you’ve seen before. Jon Lovitz as a blonde racist cop, Cheri Oteri and Amy Pohler as members of a neo marxist group, Christopher Lambert(The freaking “Highlander“) as guy who transports illegal things, Nora Dunn as a porn director, Bai Ling, Curtis Armstrong(Booger from “Revenge of The Nerds“) and Zelda Rubinstien(That older lady with the weird voice from “Poltergeist“) as  the people who help with Fluid Karma.  There are many more I did not mention, and it would be great if somehow we could spend more time with these people.

It’s just for a two hours you don’t get a lot of time, and therefore many story lines need to be edited or removed completely.  I said in my review of “Grand Budapest Hotel” that I wished that was a TV series, and I still do because I like those characters a lot.  But that one still manages to tie everything together.  “Southland Tales” has a bit more interesting characters.  It kind of reminded me of the show “Twin Peaks“, but if you expanded that world out from a small town to southern California.    If you are a fan of Richard Kelly’s debut “Donnie Darko” I would suggest checking it out.   Mainly because it is successful failure.  You can see that it does have ambition and that the people involved are trying their best to give you an entertaining flick.  It’s just too much a clusterfuck to understand any of it. 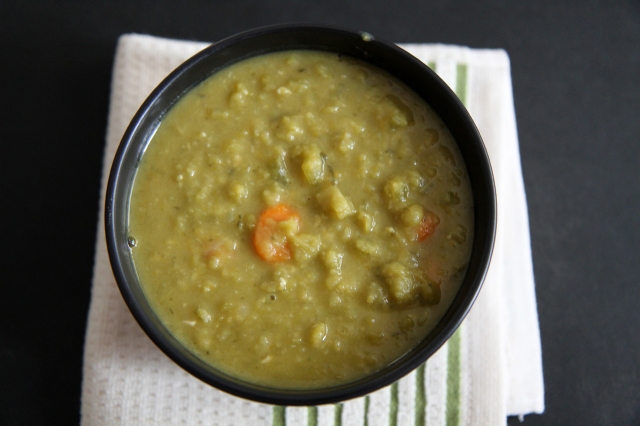 5 Responses to In Defense of: Southland Tales.