Howdy ho all of you cats and kittens out there.  I am glad to announce that I now have a brand new laptop.  Hooray Hooray.  No longer will I have to  walk over to my local library to write these posts, and  I now have a good system to edit the podcast As You Watch too. I’m not fully adjusted to it yet but I will be.  Since most of my money was spent buying a new system.  I haven’t had the chance to see many new flicks in the theaters.  I haven’t even had the chance to see many new movies on home video either because most of the flicks I get come right from the library.  Plus I didn’t have a system to stream any flicks recently.   So that really helps put a dent in that as well.   Still, I was able to check out a few movies that were new to me this week. 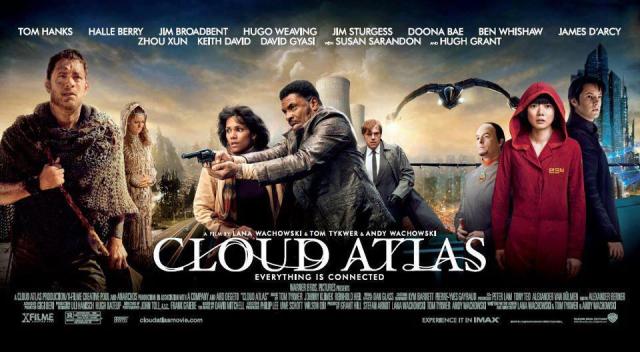 This was the epic film from Tom Twyker and The Warchowski siblings that was set in various time periods. Let me rephrase that last sentence in that it was epic in it’s attempt.   It  starred Tom Hanks, Halle Berry and Hugh Grant who play  various roles and it’s over three hours long.  There are four separate stories that are each set in a different time period and they all interlinked in a “Magnolia” sort of way.  Except that flick was a lot of fun, and this one is just so, so.  I really liked all of the actors, and it was really cool when you watch the end credits, and you see just how many roles these actors portrayed.  I just thought the stories and the performances in PTA’s flick was better, and the time length never bothered me either   It was visually cool in many moments, but compared to movies from Twyker and The Warchowski’s it was kind of a disappointment.  I’m not saying that it looks bad, but it’s not as cool as “Run Lola Run” or “The Matrix“.   I would still recommend that you watch it, because you do get four good stories for the price of one.  You also get to see Tom Hanks be a complete asshole and hear him swear, which is also  worth the watch. 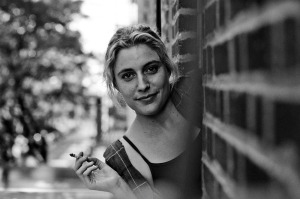 From the trailer alone, I thought I would hate this movie.  It looked like another one of those stupid chick flicks where the girl does nothing all day.  But somehow we are suppose to love because she is so much a free spirit.  I was expecting this to evolve into another predictable rom com, but it doesn’t.   The character that Greta Gerwig plays also wasn’t annoying, and by the end.  I fell in love with her.  This is a girl with a lot of talent, but doesn’t know where to go with that talent.  She is a professional dancer without the profession label.  I’m sure there are a lot of us out there who have education and experience, but are still no where close to achieving our dream.  “Frances Ha” is a perfect film for you.

Hearing that this movie was completely improvised made me groan just a little.  I don’t mind it when it’s a short five to ten minute scene, but when it’s a full ninety minute feature.  I tend to get a little scared.  Luckily the cast here all do a great job and they appear more like regular people then just actors.  The story is about two friends(Jake Johnson, Olivia Wilde) who work at a brewery.  It’s  obvious that they like each other very much and would make a really nice couple.  Except for the fact they are each dating someone else.  During one weekend, those feelings are put to the test when attractions get intermixed with other people.  This does not have the usual ending one would expect from a picture like this, and I enjoyed that aspect very much.  I also like seeing that no one is labeled as the bad one.   They all give good reasons for wanting to end or remain in their relationships.  It has you making up your own mind rather then being told who to choose.

Strangers on a Train.

I don’t know why I have avoided this movie for so long because I do like ones by Mr. Hitchcock, and this one is regarded as one of his best.  I think it was the initial premise that made me avoid it.  Two guys meet on a train and discover that they each have a problem.  One guy wants to get rid of his father, and one wants to get rid of his wife.  The man who wants his father killed comes up with a plan that they each perform each others’ murder.  So that this way, they won’t be suspected.  It’s a premise I have seen in other shows and movies before.  So I thought I would know the outcome, but I was wrong.  It’s a very good thriller, and despite the time it was set in.  It feels very modern.  The black and white even helps in that aspect, and the moments at night even help out with the suspense as well.     There are other Hitchcock flicks I still have not seen, but I have not seen one bad one so far. 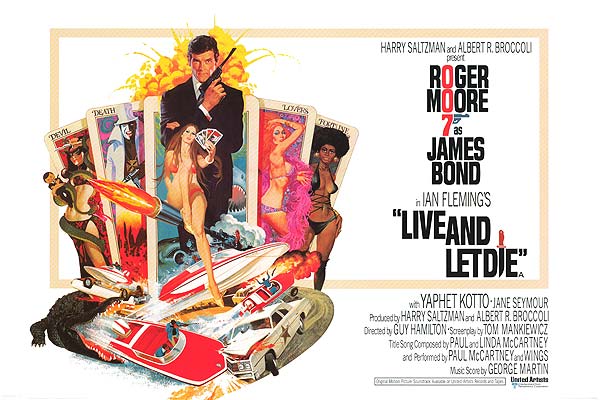 This entry in the James Bond series has 007 going to tropical like island to battle a drug kingpin.  This was the first time Roger Moore played the secret agent, and it was also the first time the uber sexy Jane Seymour appeared on screen too.(she still looks good)  This came out during the popularity of the whole blaxploitation movement of the 70’s.  But since the hero is Bond, and the main villain is black(Yaphet Koto).  You really don’t have any black heroes.  James does get a black girlfriend in the early parts of the story, but you know she’ll get passed over for Seymour’s character when she gets introduced.  I don’t think there was an interracial relationship in a Bond film until “Die Another Day“, but if I’m wrong.  Please someone tell me.

To close out this week, I have been re watching episodes of this animated series of the 90’s.  If there was any show that has influenced me the most in to how I act or feel. It would be this show. I try my best to view life through this show, and I know that can be kind of weird, but the best way I can explain it is to say.  Have some fun.  Yes, I am serious in terms of jobs and responsibilities, but I never fully stop having fun.  Yakko, Wakko and their sister Dot never give in to what society tells them is acceptable, and I do admire that greatly.  The show has tons of other iconic characters like Pinky and The Brain, and I still laugh at every episode I see.  One day I also hope to perform this song in entirety at Karaoke too.

What have you seen this week?  Leave me some suggestions in the comments below.  I will be back next time where I will be in defense of “Southland Tales“.  Take care.

I love movies and I enjoy writing about them too. They both go pretty much hand in hand with each other and it's fun to discover new classics. I co host the podcasts The Film Pasture, ScreenTrax, and soon Cinema Recall. While also contributing reviews and articles to other great sites when I can.
View all posts by The Vern →
This entry was posted in article, Reviews, Uncategorized and tagged Alfred Hitchcock, Animaniacs, Cloud Atlas, Drinking Buddies, Frances Ha, Greta Gerwig, James Bond, Jane Seymour, Live and Let Die, Movie Reviews, Olivia Wilde, Strangers on a Train, Suspense, Tom Hanks. Bookmark the permalink.

6 Responses to Random Thoughts of a Movie Insomniac: Vol 4