The Top 5 Movie Review Shows Online You Should Be Watching.

Hello again folks. It’s been a while, but I’m back.  The one thing I love most about watching movies is watching other people talk about movies.  I subscribe to a lot of great podcasts and vlogs and it’s fun to see what others think of the movies I’ve seen.   It’s even better when they review something I have never heard of before, or give a movie I disliked a positive spin.  The one thing that all these shows have going for them is the personality of their hosts.  They are all really entertaining and they each know their shit.  Even when talking about movies that are shit.  So let’s get to this list, and show you some of my favorite movie review shows that you can watch online.

I’m starting out this countdown with a fun show that has host Leah Hather reviewing all the latest reviews in theaters.  What I like best about her videos is that they are short and to the point.  Is this a good movie or is it a pile of trash.  A lot of other  review shows hosted by a single person go way to long in telling you about the movie. They spend at least ten minutes going over the plot and another five telling you what they thought.  Leah’s videos at the most are between two and seven minutes tops.   She’s also a good host because she’s not afraid to be a bit silly on camera.   Plus I can never turn away from a girl with a British accent.

This is the review show that deserves to be on everyone’s watch list.  I always love checking out this show and comparing what I thought of a movie to what they thought. The reviews are a bit longer, but it’s OK because there are three hosts, and it’s never dull. At most were talking ten maybe thirteen minutes tops   Their Reboots,Remakes, and Dejavu videos are among the best.  Each host will defend a particular movie and then have their viewers comment on which one was the best.   They also have interviewed a lot of great actors and filmmakers, but they never feel like press junkets when you watch them. That is because some of them are filmmakers too.

Mr. Plinkett’s Reviews about the “Star Wars” prequels are just classic.  They alone are a damn good reason for checking out the site.  Yes the reviews about them are long( they each run about as long as the actual movie), but they give you such wonderful and humorous insights into a movie that you don’t mind the length.  Their other reviews also seem to have a kind of sitcom style to them as well.  I wouldn’t think that format would work, but it does. 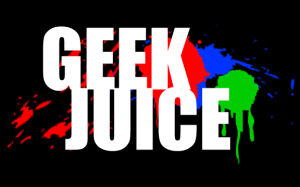 This site features a lot of great shows with hosts that concentrate on a paticular genre in the movie world.  Among the best is a show entitled AntiSocial Commentary.  In it Alex Jowski gives viewers a detailed 30 minute reviews about a DTV(direct to video) movie that is extremely fun to watch.   Among the best episodes are the family ones, because even though these movies are marketed towards that demographic.  A lot of these are not kids films and he should know.  He is a parent.    Another great show on the site comes to us from Mr X and his FX/Hell shows.  He did one about “The Stars Wars” Christmas Special that brought tears to my eyes because they were so funny.  All of these shows are well written and extremely well edited and should be watched by all.

1.  The Guy With The Glasses.    http://thatguywiththeglasses.com/

This site has a lot of great movie shows.  So many in fact that I could do a top 20 favorite show list just from this site itself.  The ones by Nostalgia Critic and Nostalgia Chick are the ones I would start off with first.   It’s really hard to choose a favorite episode because they are all really good.   If there was a gun to my head.  I would watch The Nostalgia Critic’s review of “The Shining” and The Nostalgia Chick’s video about “Matlida“.  After watching those and a few more from those hosts.  I would also highly recommend  Todd in The Shadows.  This guy gives in depth reviews to some of pop music’s biggest hits, and the results are both honest and hilarious.  The one he did on that one song by Train and his Soul Sister was priceless.  Oh and any Katy Perry track will make you smile too.   There are other shows about video games, anime,vampires and even ones about food.  What I love best about these shows is that a lot of work goes into them, and yet they never forget that they are doing a review show.  I will sometimes spend many hours watching content from this site and you should too.

They didn’t quite make the cut, but are still worth checking out.

The Son of Celluloid    https://www.youtube.com/channel/UC5hu86rqOdm89tDWsn_vbDA

Do you have a favorite movie review webshow that you feel I should check out.  Let me know in the comments.

I love movies and I enjoy writing about them too. They both go pretty much hand in hand with each other and it's fun to discover new classics. I co host the podcasts The Film Pasture, ScreenTrax, and soon Cinema Recall. While also contributing reviews and articles to other great sites when I can.
View all posts by The Vern →
This entry was posted in article, Uncategorized and tagged Alex Jowski, AntiSocial Commentary, Bright Eyes Long Lashes, FX Hell, Geekl Juice Media, Just Seen It, Katy Perry, Leah Hather, Movie Reviews, Mr.Plinkett, Nostalgia Chick, Nostalgia Critic, Red Letter Media, Star Wars, Top 5, Train, Vlogs. Bookmark the permalink.

12 Responses to The Top 5 Movie Review Shows Online You Should Be Watching.