With the amount of famous celebrities that is in this.  I am a bit surprised this did not get more exposure when it was first released.  After all what other movie would have Michael Jackson, Madonna, James Dean, Marilyn Monroe, Abraham Lincoln, Charlie Chaplin, and others all at the same time.  True, many of those stars are now dead, but there could be new advancements in science that we are not aware of.  Also maybe there’s something to that whole Scientology fiasco that makes their followers live forever.  We don’t know.   It’s really not fair to judge someone just because….No wait… wait.. wait.  I was way off. These are just impersonators. They are not the real thing.  Well now that little confusion is out-of-the-way let’s get talking about this movie.

Diego Luna is a Michael Jackson impersonator living in Paris.  Ever since he was little he has hated how he looked and wanted to hide behind the face of another. I guess if you had to choose someone.  The king of pop isn’t that bad of a choice, especially in Paris.  One day while entertaining a group of  senior citizens, he meets up with a Marilyn Monroe impersonator(Samantha Morton).  The two strike up a friendship right away and she invites him to come out and live with her and other impersonators out on a farm.  When Michael gets there he meets Marilyn’s husband Charile Chaplin(Denis Lavant) and daughter Shirley Temple(Esme Creed-Miles).  There is also Abraham Lincoln(Richard Strange), James Dean(Joseph Morgah), and Little Red Riding Hood(Rachel Korine) and many others.  The character of Riding Hood is the only impersonator based on a fictional character.  All the rest are based on real people. The household wants to put on one great show and  are happy they have a Michael Jackson now.  Marilyn is really happy that he is there too because her marriage to Charlie Chaplin is on the rocks.  Michael sees the way she flirts with him,but never once does anything about it.  He even once responds to a movie she makes but it never leads anywhere.

This leads to my first complaint about this movie, and that is a lack of conflict.  When Miss Monroe started flirting with Mr. Jackson, I thought that this could lead into a little love triangle between Monroe, Jackson, and Chaplin.  But instead they scrap that for a little side story about some sick sheep on their farm. Also if these people are famous impersonators. Why are they hosting a show on their farm?  That place has gotta be far to get to. Did they really think average everyday people would show up to the farm to see a group performance.  It would have been much wiser for them to do a couple of  quick shows on the street to build interest in their act.   People then might come out and see the full play afterwards.

The other big problem with this movie is the unnecessary subplot involving a nun who survives falling out of an airplane without a parachute.  She believes that God saved her and gets the other sisters in her convent to try skydiving without a parachute  too.  It’s a complete waste of a side story and has nothing to do with the main plot.

I will give Harmony Korine credit with this movie by providing some real good dramatic moments with his actors.  This is probably his most heartfelt movie to date.  Especially after you have seen his other efforts like Spring Breakers and Gummo.   He shows some real range as a director and doesn’t have to rely on just images alone to tell a story.  Samantha Morton and Diego Luna do share some good screen chemistry together but their story is not very well-developed and at the end it sort of just hangs there(you’ll understand that last sentence once you’ve seen the film) Denis Levant as Chaplin would have been great if they represented him as the main villain.  But they only hinted at those qualities very briefly.  The other impersonators are allright because they look like that one famous person, but none of them really  stand out.  The only one that does is Richard Strange as Lincoln.  He plays the role  as angry drunk who does have a bit of a soft spot.

In short I am glad I watched it, but I will never watch this again. 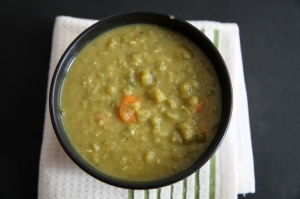 I love movies and I enjoy writing about them too. They both go pretty much hand in hand with each other and it's fun to discover new classics. I co host the podcasts The Film Pasture, ScreenTrax, and soon Cinema Recall. While also contributing reviews and articles to other great sites when I can.
View all posts by The Vern →
This entry was posted in Reviews and tagged Celebrity Impersonators, comedies, Diego Luna, Dramas, Harmony Korine, Marilyn Monroe, Michael Jackson, Mr. Lonely, Samantha Morton, Soring Breakers. Bookmark the permalink.

2 Responses to The Vern watches Mr. Lonely with Marilyn Monroe and Michael Jackson.